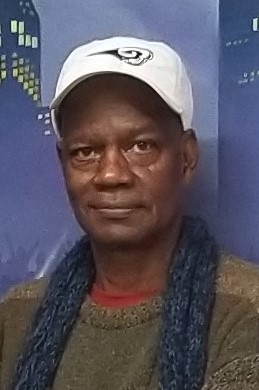 Jerome “Jay Bird” Carmouche was born on May 15, 1948 at 6:16 AM in Pineville, Louisiana in Rapides Parish. Jerome was the fifth child born to Felton Matthew Carmouche Sr. and Madeline Rogers Carmouche. Jerome started primary school at five years old and attended Holy Ghost Catholic School through the eighth grade. After graduating primary school, he attended Mary McLeod Bethune High School where he graduated with the class of 1966.

Jerome then decided to move to Los Angeles to live with his brother, Felton Jr. to begin a new life. Shortly after Jerome moved to California, his father Felton Sr. transitioned on August 12, 1966. Jerome returned to Marksville for a short time and decided to attend Grambling State University where he dodged the military draft. He majored in Marketing with a minor in Business Administration. While at Grambling, Jerome pledged and became a member of the Alpha Phi Alpha Fraternity Delta Sigma Chapter in the Fall semester of 1967. Jerome graduated in 1970 becoming the first member in his family to graduate from college.

Jerome’s next journey led him back to the sunshine state (Los Angeles) for another short period of time. After dodging the draft for four years, his concerned older brother Felton Jr. advised Jerome to register with the local draft board in May and was drafted three months later. Upon taking the entrance exam with the U.S. Army, Jerome intentionally decided to fail the test. The results of the test placed him with an MOS (position of infantryman). He was sworn into Infantry at Fort Ord in Monterey County, Marina, California in September 1970. Jerome trained at Fort Ord for eight weeks then was sent to Augusta, Georgia for military police but returned to Fort Ord for advanced Infantry training. He was assigned to the 14th Armored Cavalry Unit in Bad Kissingen, Germany. Jerome attended Noncommissioned Officer Academy (NCO) and received the rank of Sergeant (E5). He performed border duties along the VG -UGGR border of Germany on a mission of national security between January 14 to April 17, 1972. Jerome was a part of the border patrol where he commanded a scout track with maneuvers and tactical movement. While stationed in Germany, he traveled to Stuttgart, Frankfurt, Austria and Paris. In April 1972, Jerome received an early release as Sergeant (E5).

Jerome returned to the states as a civilian in Marksville, Louisiana for a brief hiatus with family. He ventured back to California to pursue a career. He began his postal career in 1972 as a temporary mail handler making $2.25/hr. Jerome then worked his way up to Sales and Promotion specialist in 1986 in Long Beach, California. In 2015, Jerome retired as the Safety and Health Specialist, forty-three years later.

During the 43 years at USPS, Jerome had a daughter and two sons. He loved his family and friends. In Jerome’s free time, he was into cycling, hunting, fishing, camping, water skiing, playing cards (spade and bid whist), chess, dominoes and backgammon. He took pleasure in cooking and co-hosting gatherings especially the Oldies but Goodies events. Jerome enjoyed watching sports and everyone knew you would catch him at the “Back Door” for Monday Night Football. During his retirement, he visited family in Louisiana, took a cruise to the Bahamas, traveled to Mexico, Atlanta and Houston, spent time with his children and grandchildren, explored new cuisines and experienced the bioluminescent waves along the Pacific Ocean Coast Shores.

On March 20, 2021 at 9:19 PM, Jerome transitioned at home after a year and seven months battle with cancer while being cared for by his daughter and sons.

Jerome was preceded in death by his parents Felton Sr. and Madeline Carmouche and sister Margaret. His legacy will continue on with his children – Juacclyn Nikol (Nikki), Jerald, Bryan Patrick; his grandchildren – Imani and Jerald; siblings – Michael, Felton Jr., Eola Porterie, and Christopher; nieces and nephews; and a host of friends and love ones.