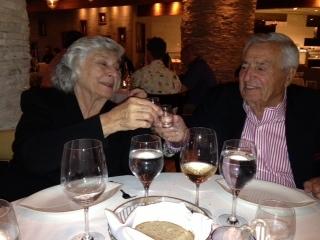 Jennie Anastassiou, passed suddenly and peacefully in her home in Palos Verdes Estates on Saturday, September 7. She was 81. A lifelong resident of the South Bay, Jennie attended Redondo Union High School and married her husband, Tom Anastassiou, on July 31, 1955. Together Tom and Jennie raised three sons - Peter, Jim, and Tommy-and was a proud grandmother of two grandchildren-Nicholas and Haley. An active citizen of the South Bay community, Jennie was a daughter of one of the pioneers of the Los Angeles flower industry and became a dedicated supporter of Palos Verdes schools, civic activities, Little Company of Mary Hospital, and countless other philanthropic charities. She will be remembered as a friend to all and a cherished "second-mother" to many of her boys' friends. Her primary dedication was to her husband and her family, and she provided a home full of warmth, hospitality, and, most of all, love that will always be cherished. She is survived by a grieving family: her husband, Tom Anastassiou; Peter T. Anastassiou, MD and his wife, Sally, of Hillsborough, California, and their children, Nicholas Peter and Haley Marie; James T. Anastassiou of Palos Verdes Estates, California; and Thomas P. Anastassiou, Jr. of Palos Verdes Estates, California. She will also be severely missed by her brothers, nieces, nephews, all other family members, and countless individuals she touched in her kind and generous life. Funeral services will be held at St. Sophia Greek Orthodox Cathedral, 1324 South Normandie Avenue, Los Angeles, California 90006, at 10:00 a.m., Friday September 13, 2013.