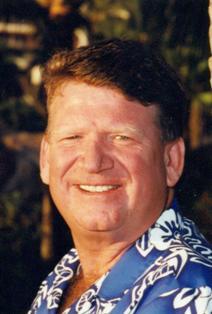 Jeffrey Rozelle Stark, 63, of Hermosa Beach, CA passed away on August 23, 2014 at home. He was born April 2, 1951 to Woody and Jean Stark, who preceded him in death. A lifelong resident of Southern California, he was married to Peggy Pagano Stark for 23 years and was the very proud father of two wonderful children. Jeff attended Westchester High School, UCLA, and Loyola Law School. He was a family law attorney in Marina Del Rey and later in Torrance for his long and successful career. Jeff was a devoted member of his fraternity, Beta Theta Pi, at UCLA where he graduated Phi Beta Kappa in 1972. Through his fraternity and at UCLA (Go Bruins!), he met many of his extensive network of good friends. He is survived by his dedicated wife, Peggy; his loving son Tyler (age 23); his loving daughter Jennifer (age 21); his brother Kelly (Mary) Stark; his sister Liz (Brian) Cleary; his nieces Erin, Meagan and Shannon Cleary and Elise Pagano; and his nephews Jeffrey Grasso and Nicholas and Anthony Pagano. A visitation will be held at White and Day Mortuary in Manhattan Beach, CA on Thursday evening August 28 from 7-9 pm. A private graveside service will be held on Friday, August 29, 11:00 am at Green Hills Memorial Park. In lieu of flowers, the family suggests donations to the American Heart Association or the American Cancer Society in Jeff's memory.