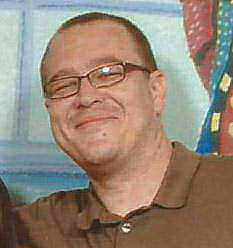 With heavy hearts we say goodbye to our beloved Jefferey Lance Carter. Born November 18, 1979 in Torrance, CA, he blessed our lives for 33 years. Jefferey was born and raised in the South Bay and graduated from Redondo Union High school. He started his employment career at Staples in Torrance where he met the love of his life, Melissa Solis. They were married October 11, 2003. The following year, Hannah, the other love of his life, was born. Jeff and Hannah were inseparable. The bond between them was more than amazing. Jeff and his young family lived in Arizona for eight years, before returning to Redondo Beach in 2009. During their life in Arizona, Jeff touched many lives and made many lifelong friends. Jeff was a computer whiz, as he had many internet endeavors and prided himself on his accomplishments. He has many friends worldwide as he touched lives around the globe. Jefferey is predeceased by his mother June Carter and is survived by his father Steven Carter Sr., his wife Melissa and daughter Hannah. He is also survived by his three brothers, Steven Jr., Frederick and Andrew, plus countless aunts, uncles, cousins, extended family and friends. Jeff's love of God, family and friends plus extraordinary personality will leave a huge void in all our lives. We miss you and love you forever, can't wait to see you someday – always in our hearts.