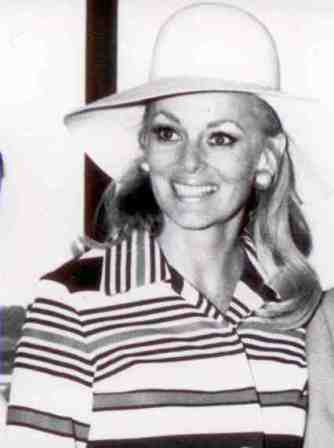 Jeanne Ruth Kelly May 30, 1928 - October 11, 2012 Jeanne Ruth Kelly passed away October 11, 2012 at her home in Manhattan Beach, California surrounded by her family. She was 84. Jeanne was born in Norfolk, Nebraska May 30, 1928 to Ina and Farrington Nickeson. Soon after, Jeanne and her four siblings moved to Marion, Iowa. She graduated from Marion High School in 1946. Not long after graduation she left Iowa and made the solo trip to Los Angeles, California. While at a UCLA fraternity party met Earle R. Dugan. They were married in 1949 in Santa Barbara, California and had two sons. On August 23, 1979 she married the love of her life Roger E. Kelly. Roger was a founding partner of the Los Angeles law firm of Gilbert, Kelly, Crowley & Jennett. Roger preceded her in passing in 2004. Jeanne was known by her friends and family for her selfless generosity and kind spirit. She loved to travel and visited many places around the world, but her favorite place to go was Hawaii. Jeanne loved helping others and volunteered as a docent for many years at both Los Angeles Zoo and the J. Paul Getty Museum in Brentwood Jeanne is survived by her sons Dan Dugan of Napili, Hawaii; Steve Dugan of Sherman Oaks, California; her grandson Andrew Dugan of Manhattan Beach, California; step-daughters Gina Kelly-Cosmo of Santa Barbara, California; her children Trevor and Kelly, Lisa Klark of Seattle, Washington; step-son Tom Kelly of Encinitas, California; her brothers Dale Nickeson of San Antonio, Texas, Bill Nickeson of Houston, Texas; and her sister Marilyn Dow of North Bend, Oregon. Her sister Naomi preceded her in passing. A memorial for Jeanne Ruth Kelly will be held at the Jonathan Club in Santa Monica on November 4, 2012.