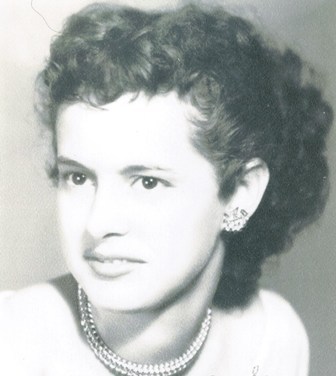 Jean Dee Ritchie, an 11 year resident of Hemet, passed away peacefully on Friday, December 20, 2013 in Torrance at the age of 74. She passed away surrounded by her children and in their arms at her daughter's home. Born in Inglewood, CA and a long time resident of Torrance where she raised her seven children, 24 grandchildren, 14 great grandchildren and many nieces and nephews who considered her Nana. She was her children's and her grandchildren's #1 fan and you could faithfully find her cheering at both AYSO and West Torrance Little League. A huge Dodgers fan, who loved Dodgers stadium. She enjoyed camping, RVing, the outdoors or anywhere she could find her boys. Jean was an avid bowler who bowled at Gable House for many years and once bowled a 300! There are many that would remember her as the neighborhood Avon lady. We will remember her as a Matriarch to a legion of Ritchie's, a lover of children, chef to the neighborhood, a faithful wife of 57 years, Jean, Jeanie, Auntie, Grandma, Nana, mentor, provider, host, our rock, our north star, our candle in the window, Mom. Jean is survived by husband, Kenneth Ritchie of Torrance, Ca; son, Dave Ritchie of Torrance, CA and daughter-in-law Nita; son Frank Ritchie of Westminster CA and daughter-in-law Jeanette; son Phil Ritchie of Torrance, CA and daughter-in-law Marybeth; son Randy Ritchie of Torrance, CA; son Lance Ritchie of Canyon Lake, CA and daughter-in-law Donna; daughter, Kendra Ritchie of Torrance, CA; and son, Wayne Ritchie of Sherwood, OR. She was preceded in death by parents, Dolphus and Kathleen Simmons. The Service will be held at Rice Mortuary on January 4, 2014 at 9:30 am. A reception follows in Rice's Lighthouse Room until 12:30 pm. Burial will be private.