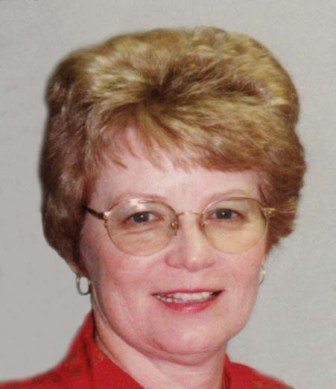 Janice Bernice (Piento) Lipinski Janice Bernice Lipinski, 75, passed away peacefully on April 6, 2015, surrounded by family in Torrance, CA. She was born on February 13, 1940 in Chicago, IL, daughter of Bernice Sobota and Frank Piento. She attended St. Fidelis School and Josephinum Academy. She married Paul Richard Lipinski in Chicago in1960 and shortly after the birth of their daughter, Susanne Marie, relocated (1961) to Torrance, CA to begin their life on the West Coast. After arriving in Torrance, her son Gregg Paul, and daughter, Sharyl Elizabeth, were born. She was a beloved wife, mother and grandmother. Many remember her as "Coach Lip" for her years of soccer coaching experience. She started coaching AYSO teams in 1974, coached at St. Lawrence Martyr School and with the PSL Fram team, and was the girls' soccer coach at South Torrance High School from 1978 to 1991. Her favorite participation sport was volleyball which she discovered early at St. Fidelis, and enjoyed well into her sixties participating in many of the Torrance adult evening programs. Genealogy was another interest she shared with her husband. She was proud of tracing her Polish heritage back to the 1700s. As a member of the Polish Genealogical Society of California [PGSCA] she served on the Board as President from 2006-2009 and as Librarian from 2001. She assisted many people in their research and was the primary support for her husband in the editing and publication of the quarterly PGSCA Bulletin. She helped organize and run the United Polish Genealogical Society conferences in Salt Lake City in 2000, 2004 and 2006. She was a member of the TRW Genealogical Society and the South Bay Cities Genealogical Society. Some of her favorite memories were her family vacations to "the cottage" in Indiana, camping, house-boating and white water rafting trips. Travel included Maui, Oahu, Kauai, Molokai, Hawaii, Tahiti, Poland three times for genealogy, family and touring as well as trips to Italy, France, Spain Portugal, Greece, Turkey, Poland, and the Holy Land with Fr. Ray Mallet. She is survived by husband Paul; children Susanne, Gregg and Sharyl (husband Joel Cass); grandchildren Meghan Elizabeth, Blake Paul and Maxwell James Cass; her brother Joseph Walter Piento; many brothers/sisters-in-laws,;numerous nieces; nephews; and cousins. A long time parishioner of St. Lawrence Martyr Catholic Church, 1940 S. Prospect Ave, Redondo Beach, CA 90277, her memorial service will be there on Wednesday, April 15, 2015, visitation at 10:00 AM, funeral mass at 11:00 AM, followed by a reception in the Msgr. Daniel Collin's Hall. Interment will be a private ceremony at a later date. In lieu of flowers, donations can be made to The Polish Sisters of St. Joseph of the Third Order of St. Francis or your favorite charity in her memory, please notate "In Memory of Janice Lipinski."