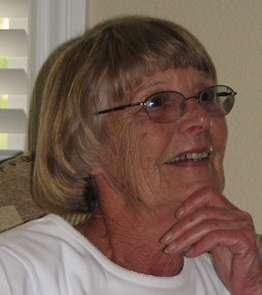 Janet “Sue” Harlan, age 84, passed away peacefully on January 11, 2019 at her home in Torrance California. She was born on February 26, 1934 in Hartford Connecticut, to Robert and Mildred Chapman. Sue spent her early years in Marlborough Connecticut, attending a one room grade school. Upon completion of school, she drove across country to California in a VW bug to San Bernardino California where she later met and married Herb Harlan in 1962. She worked as a retail clerk for 15 years at Alpha Beta Markets, performing bookkeeping duties and overseeing the bread aisle. Sue lived life to the fullest, known for her love of family, a strong independent work ethic, bringing humor to a situation thru story telling and joke sharing. Sue was preceded in death by her parents and her husband Herb. She will be lovingly remembered by her son Craig and his wife Cheryl; daughter Diane and her husband Ron; grandchildren Johnathan, Justin, Allison; and great grandchildren Jackson, Kaia, Bria and Luke.