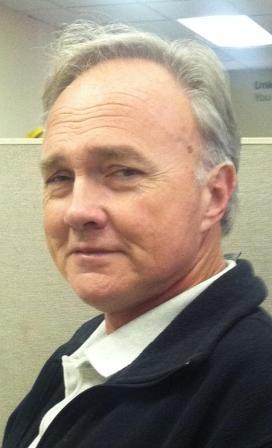 James Patrick Curran (aka "Seamus" and "Jimmers") was born on August 10, 1954 in Brooklyn, New York. His family moved to Los Angeles in 1960 and settled in Westchester, where Jim would grow up and always consider home. Jim attended Visitation School and St. Bernard's High School, where he made many friends that would become lifelong bonds. In 1977 he graduated from UCLA with a degree in Political Science. He married Carol Devine Curran in 1982 and they settled in Mission Viejo. Jim worked 30+ years in sales, and also used his deep, booming voice on the radio. He reported traffic for many years for KFI radio. Jim was an avid reader and was passionate about music, sports, history, politics and all things Seinfeld. Jim will also be remembered for his quick wit and sense of humor, his overall optimism, and his loyal friendship to so many. He is survived by his son Brendan Curran, his most proud achievement and Brendan's mother, Carol Curran. He is also survived by his loving parents, James and Margaret Curran of Torrance, sister Maureen Tafoya, brother-in-law Fred Tafoya, and nephews Derek and Doug Tafoya, all of Torrance. A viewing will be held on Thursday, July 21 from 5PM-9PM at Rice Mortuary, 5310 Torrance Boulevard in Torrance. Funeral services will be held on Saturday, July 23 at 10AM at Visitation Church, 8740 Emerson Avenue, Los Angeles, 90045, followed by internment at Holy Cross Cemetery. A reception will follow the internment at a location to be determined.