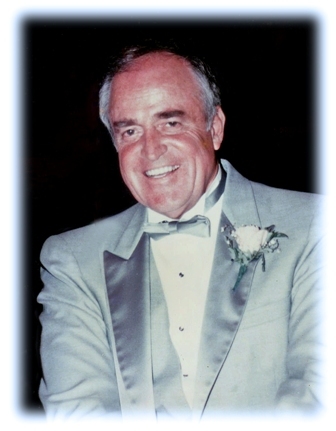 James Patrick Chilton, 90, passed into the arms of our Lord, in his home, surrounded by his family on Tuesday, July 12, 2016. He is survived by his beloved wife of 64 years Shirley (Wheelhouse) Chilton; his sons Kevin (and Cathy); Tim (and Barbara), Jamie (and Jane); daughter Teri Hayward; 13 grandchildren and 1 great grandson. Born March 17, 1926 in Moose Jaw, Saskatchewan, Canada, to James Gordon and Catherine Mildred (Durkin) Chilton, he spent the first 10 years of his life in Stavely, Canada. In 1936, the family moved to Helena, Montana, where he attended Helena High School and Carroll College. He served in the US Navy in WWII and after the war transferred to theUniversity of Southern California where he completed a BS and MS in Aeronautical Engineering and began work for the Douglas Aircraft Company in 1950. Over the next 42 years he worked as a Flight Test Engineer on the Apollo and Manned Orbiting Lab programs, on Missile Defense and various government satellite programs and the US Army Mast Mounted Site program. He was an excellent engineer, program manager, and highly respected leader in the company. He met the love of his life Shirley Wheelhouse in Los Angeles, and they married in 1952, at St. Jerome Catholic Church. Jim and Shirley shared a passion for their children and spent many hours coaching and working with them at various school and sporting activities. Later in life, they took up cycling, golf and skiing together. Together they were devout in their Catholic faith and were blessed with many wonderful friends and family. Quick with a joke and possessing a heart of gold, Jim was a wonderful husband, father and friend, and a comfort to many throughout his life. A Rosary Service at 7 pm, Friday 5 Aug, and Funeral Mass at 10 am, Saturday 6 Aug, will be held at Visitation Catholic Church, 6561 W 88th St, Los Angeles 90045.In lieu of flowers, donations made in Jim's name, to organizations seeking cures for Parkinson's Disease or Diabetes would be most appreciated by the family.