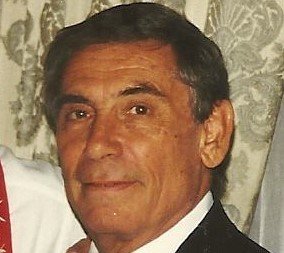 James M. LaRossa, one of the most accomplished trial lawyers of his generation, died peacefully at his home in Manhattan Beach, California, on October 15, 2014, after years of outsmarting a variety of illnesses. Affectionately known as "Jimmy" following a 1977 article in New York Magazine titled "Jimmy LaRossa: The Bionic Mouth of White Collar Crime," he was a Marine Corp officer during the Korean War and a former Assistant United States Attorney in the Eastern District of New York under Robert Kennedy. As a defense lawyer in New York City, LaRossa's clients included a host of colorful mobsters, judges, politicians, businessmen, and union leaders, among others. His argument before the United States Supreme Court in U.S. vs. Giglio resulted in a unanimous verdict for the defense and remains to this day a landmark case about prosecutorial misconduct. His children, grandchildren, and friends readily admit that it is difficult to imagine a world without this gregarious lover of life. His final wish was for us all to do the same: squeeze every last drop out of our lives. And we will. Thank you sweet Prince. Sleep well.