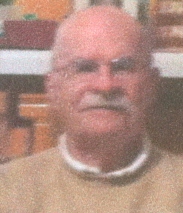 James "Jim" LeRoy Mushaney, a 55 year resident of Torrance, passed away on Wednesday, January 2, 2013. Born in National City, CA, James was 83 when he died. James had served in the USAF during the Korean War. James was a member of LAFD for 33 years. He will be deeply missed by his family and friends. James is survived by wife, Marie Mushaney of Torrance, CA; sons Michael (Kelly) Mushaney of Redondo Beach, CA; Thomas (Wendy) Mushaney of Redondo Beach, CA; Brian (Torrie) Mushaney of Redondo Beach, CA; and John (Debra) Mushaney of Wildomar, CA; brothers, John and Mel Mushaney; 8 grandchildren and 2 great grandchildren. He was preceded in death by parents Fred and Susan Mushaney and brothers, Bill and Robert Mushaney. The Service will be held at Rice Mortuary on Saturday January 12, 2013 at 2pm with a reception to folllow in Rice's Lighthouse Reception Room unitl 5pm. In lieu of flowers, donations may be made to the LA Firemen's Widows and Orphans Fund: LAFRA, 2900 W. Temple Street, Los Angeles, CA 90026.