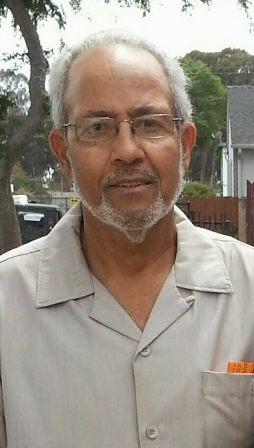 James Lynn Ealy was born January 17, 1937 in Shreveport, Louisiana to Elmo Ealy Jr and Hazel Lee. He departed this life to be with his master on February 21, 2016. James served in the military (Navy) where he met and married Inez Steele. To this union three children were born, Barry Ealy of Fairfield, California; Pilon Atkins of Wasilla, Alaska, and Nya Ealy of Shreveport Louisiana. He later met and married May Adams of Richmond, CA. To this union one daughter Tia Buford.. He leaves this life with the memories of his wife May Adams-Ealy of Torrance, California; three sisters, Muriel Ealy Brown and Carolyn H. McGee of Apple Valley, California; Priscilla Ealy of Sacramento, California;. stepsons Armond Doiron who departed this life earlier and Edward Demetrie Doiron of Sacramento, California. He also leaves 12 grand-children; 10 great-grandchildren; a host of nieces, nephews, cousins and other loved ones. James was a lover of people and willing to help anyone in need. He loved to cook, have fun hunting, fishing, bowling and many other activities. He also was a great provider and very hard working person. He was baptized in Jesus' name under the leadership of Elder Joseph Turner at the Bethel Temple Apostolic Church in Richmond, California. He served on the usher board and contributed by cooking in the kitchen and anything his hands found to do, he willing accepted the challenge. We will definitely miss his peach cobbler and cabbage dishes. He will be missed by many and we can say farewell for now, but We Shall Meet Again.