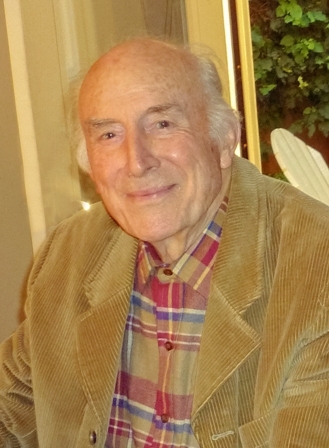 James "Jim" Horrell 1920-2014 Jim was born in Ivanhoe, North Carolina. A Redondo Beach resident since 1963 he passed away in his home on June 29, 2014 due to age related illness. He is survived by his wife Kay, son Jay (Tammy) Horrell, grandchildren Jason, and Jessica Horrell, all of Redondo Beach. Jim is also survived by son Michael Mudse of Texas and daughter Tanna Mudse of Florida, sister Hazel Longo and brother John Horrell, also of Florida. He has seven grandchildren and nine great grandchildren. Jim was an Air Force Veteran, having served honorably in Europe during World War II and also in the Korean War. For over 40 years Jim enjoyed a career as Broker Principal of family-owned Horrell Realtors in Riviera Village. Prior to Real Estate Jim was an engineer in the Aerospace Industry working on projects with General Dynamics, Bendix (JPL) and TRW. His favorite pastimes were USC football games and trout fishing with wife Kay in the High Sierra's. Very special thanks to the Torrance Memorial Hospice professional staff for their superb medical care of Jim. Memorial contributions to this organization are gratefully appreciated. Memorial Services will be held at White and Day Colonial Chapel in Redondo Beach on Friday, July 11 at 2 PM.