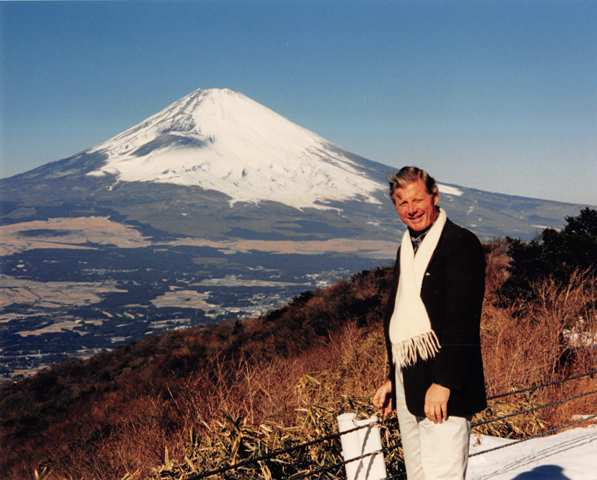 James Joseph Regan May 10, 1945 - December 4, 2018 Jim passed away after a long, extended battle with brain cancer. Jim grew up in San Gabriel, CA and graduated from Don Bosco Technical Institute, an all-male Catholic Prep School. Working hard to pay for his own tuition, Jim exceled academically and lettered in football, basketball and baseball. During his education at Bosco Tech, Jim researched extensively in the field of aluminum and at the time had been the only high school student to conduct experiments in the metallurgic labs at Cal Tech. Unbeknownst to him Cal Tech offered him a full academic scholarship. Upon high school graduation, Jim attended Cal Poly Pomona where he met Jan Brown in 1965 at a Kappa Sigma Phi party (m. 1967-1982). After a year half dating they married and moved to the central coast where he graduated from Cal Poly San Luis Obispo, graduating with a degree in Metallurgy, BS Science. With his young and growing family, Jim went on to attend Pepperdine University where he received a Master’s in Business Administration, graduating Summa Cum Laude. With the continued support of Jan Brown Regan and the three young boys, Jim attended and graduated from Southwestern Law School with a Jurisprudence Doctorate Degree. Jim was a prominent attorney in the South Bay for over forty years. Throughout his illustrious career he was awarded the prestigious AV designation by Martindale Hubbell. Jim Regan was a member of the South Bay Bar Association where he served as President. He was also a member of the Los Angeles County Bar Association, The Consumer Attorneys of Los Angeles, The American Bar Association and the American Inns of Court. In addition to admission to the Supreme Court of California, Jim was admitted to practice before the Supreme Court of the United States. His cases set precedent and he was published. Jim was very generous to all those he cared for. He gave freely of his time to help others including funding scholarships at Bosco Tech and Cal Poly where he has given generously by way of scholarships. In addition Jim worked with Legal Aid and served on numerous boards as Director. One of his personal achievements that he was very proud of was his sponsorship role in AA. His 30 plus years of sobriety enabled him to help others along their own journey and many lives were forever changed by his help and counsel. Jim’s love of sports had him actively coaching his sons in baseball, football and basketball in the Redondo Beach Youth Sports Association while they were young. With his second marriage to Nodyja Kaufman Regan Arrasmith (m. 1983-91) came the added love of stepson Brad. Jim loved to fish for marlin and enjoyed many trips over the years with his sons, Jim, Brad (d. 2015), Sean and Joe in Hawaii and Mexico. Because of his love of travel, he became a private pilot and enjoyed exploring and viewing the world from the sky. Throughout his life Jim enjoyed travel around the world and later in life enjoyed cruising to Europe, Asia, Hawaii, Australia and Mexico. Jim was an avid golfer and found any excuse to combine travel and golf including golfing in Ireland with his son Joe, golfing in Indonesia with his son Sean, and enjoyed many beautiful courses on the central coast with his son Jim and grandson Skyler. Jim leaves a wife, Kum Soon (m. 2007-2018), ex-wives, Jan Brown Regan and Nodyja Kaufman Regan Arrasmith, his brothers Michael, Paul and John, his sister Elizabeth Regan, his three sons Jim, Sean and Joey, a step-son who preceded Jim in death, namely SSgt. James Bradley Raab (101st paratroopers, 1st Cavalry, Iraq- 3 tours), step-sons Daniel Pak and Seong Pak and grandchildren Skyler Regan (20), Killian Regan (12), Rachel Regan (7), Sean Conner Regan (3) and step-grandchildren Ryan Raab (27), Shane Raab (22) and Dylan Pak (5). All of us who knew Jim were privileged to have him in our lives. Rest in Peace Jim. In lieu of flowers, donations can be made to the American Cancer Society.