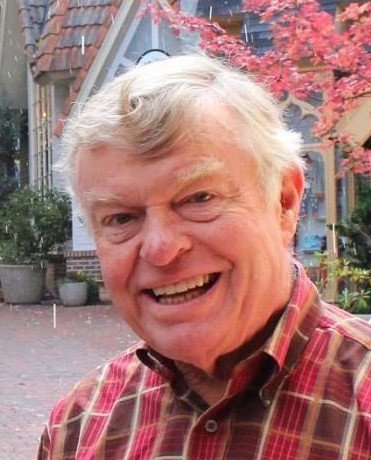 Jim (Jimmy) McCaverty, 75, of Manhattan Beach passed away peacefully in his sleep on Monday, December 18, 2017. Jim was born in Chicago, Illinois and moved to Manhattan Beach in 1954. He attended American Martyrs School, MCHS, El Camino and spent three years in Germany serving the US Army. Upon his return he was hired by TRW working in the mailroom. Jim eventually attended Cal State Dominguez Hills through TRW where he graduated in 1977. He was loyal to TRW working for over 35 years as a Material Manager. Jim was a staple in the South Bay community. Never missing a social event, Jimmy was the life of the party. His dance moves and positive energy was infectious and positively impacted those around him. Jim was loyal to the local Manhattan Beach establishments supporting hometown businesses such as Erc’s and Grunions. He was an active parishioner at American Martyrs Catholic Church and loved his Parish community. Jim enjoyed attending the gym daily, he was an avid USC football fan and was often spotted driving his red corvette around town. Jim was a proud and loving father, husband and partner. He is survived by his daughter Christi, son Brian, Brian’s wife Christina, three grandchildren, brothers Bill and Michael and partner for over 17 years Joni Williamson. He was preceded in death by his father Mac, mother Betty and wife of 33 years, Agnes. The funeral service will be held on Saturday January 6, 2018, 1 pm at American Martyrs Catholic Church. Jim lived life to the fullest and will be greatly missed by all. His vivacious personality impacted many. Fight On Jimmy! We love you and will keep the party going.