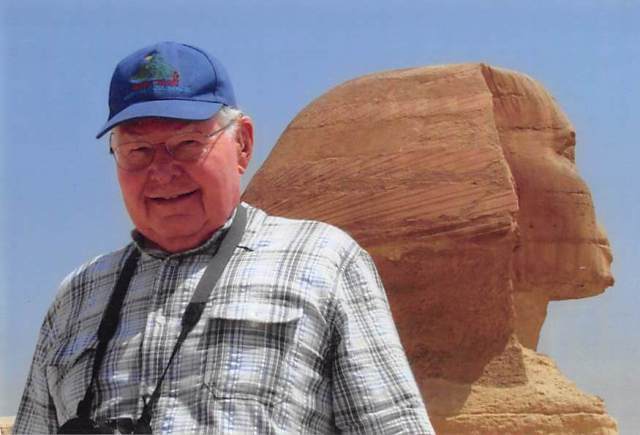 JAMES ELLIOTT BROWNING Funeral Services will be held For James Elliott Browning, known to all as Jim, on Saturday, August 18th commencing at 1PM for viewing, with services beginning at 2PM and a reception following from 3PM to 5 PM. He passed peacefully last Thursday at the age of 89. Jim is survived by children Steve, Jim and Kathy, Daughter in Law Connie, Life Partner Paul, and grandchildren Christina, Ryan, Rick, Alyssa, Patrick and Stuart. But he is now reunited with is beloved wife of 49 years, Mary Ann, and his oldest daughter Julie whom we tragically lost in 2012, as well as a host of family and friends that were very dear to him. Jim was born in Artesia, California in 1929 and raised on an Orange Grove in Norwalk. Although the Great Depression was about to hit, his father Herbert and his mother Carrie were fortunate enough to have the grit and resources available to not only provide a living for him and his family, but give him the tools he need to thrive in this world. He pulled his weight on “The Ranch” from an early age, as did his sister Barbara and brother “Bud.” But he still fared well in his studies and sports. Equally as important, he was able to find that “Off” switch, no matter what hard work or preparation it took, that made it all worthwhile. Early on it was getting into mischief around the farm with his first cousins and best friends Bob and Ginny Hillskemper, or building and racing model airplanes. Ginny still calls him her hero to this day. Then it was learning to fix or build just about anything: forges, drill presses, paddleboards, even a three-car garage for his father. It happened to include his private workshop on the back, which was part of the deal. More toys—more fun! After mastering many new skills in College, he put his personal life on hold and enlisted in the U.S. Army. Enlisting would boost the odds of staying state-side. Thankfully, with War raging on the Korean Peninsula, he found himself in the lower latitudes of Alaska where leather working, fishing and hunting passed the time between shifts rather than dodging projectiles. His father left California for the only time in his life to join him for some legendary fishing, with the pictures to prove it. Home once again, he began passing his skills on as a high school shop teacher where he found Mary Ann, a hard working yet adventurous young English and French teacher with whom he would steal away on Friday afternoons to ski. When the snow melted, she introduced him to surfing and his destiny was set. Jim and Mary Ann were soon married and worked tirelessly to build a home and a family, with Jim adding over 1200 square feet to their home as the family grew, but still always managing some “Off” time. In this manner they passed both their work ethic and love of life on to their four children. Every week was work, prep, then gone on the weekend. The San Onofre Surfing Club and The Whittier Ski Club became their homes away from home. The Brownings could also be spotted in campgrounds far and wide with their Winnebago whenever time allowed. With hard work and talent came success which, after achieving a Master’s Degree in Education, brought him into the Special Education division of the LAUSD. He helped launch and maintain the Regional Occupational Centers throughout Los Angeles, training countless students; many with severe mental or physical challenges. He was very involved in both acquiring the funding for their programs as well as finding employers for whom he would custom-design the ROC programs. Dad even made use of the free Apple IIe’s the district acquired in 1983 to build an inventory system, customizing the software that was able to stand the test of time until he retired, despite computer consultants attempting to “improve” the system. Still, every weekend possible, after catching some waves or pounding the moguls, you would find his nose in a novel or casting a line. Even a devastating stroke in 1979 didn’t hold Mary Ann back for long and when Jim retired in 1989, they were gone as much as they were home. Longer trips meant more prep, but they were up for the challenge. In 2006 he lost the love of his life and with that, seemed to lose some wind from his sails. His story for the last 12 years has been a slow ticking down in faculties, but never in perseverance, strength or character. We’ve gathered closer and closer to him as his time grew near, only to become more endeared to this man with endless patience and kindness, an enormous heart, who beamed with the sheer joy of just seeing his loved ones. He will be forever missed by all who were fortunate enough to know him. Services for Jim Browning will be at Rice Mortuary, located at 5310 Torrance Blvd., in Torrance. After family members have spoken, attendees will be given the opportunity to speak as well. We encourage you share any thoughts or experiences, however large or small, or how Dad may have enriched your lives as he has ours.