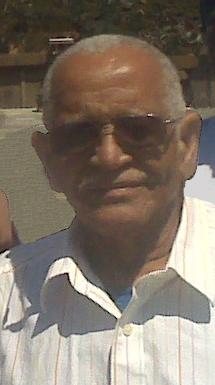 James E Traylor Jr. was born on December 12, 1933 in Marshall, Texas to James and Mabel Traylor (Johnson). At a young age James moved to Los Angeles, California, where he later enlisted in the United States Army. During his tour in the Korean War he met the love of his life Toshie Watanabe. They have been married for 55 years and were blessed with three beautiful children. After returning home and completing his service in the Army, they finally settled down in Compton, California where they resided for 50 years. James worked for TRW, but shortly after and being business driven he finally opened his own business, a BBQ restaurant and a Fish market. After retiring, he was not ready to enjoy the rest and relaxation of retirement so he started working part time at Hertz. One of his favorite past times was communicating on his CB radio where his handle name was known as Jet-Away. James Edward Traylor Jr. passed away on January 5, 2013 at the age of 79 while surrounded by his loving wife and family. He was preceded in death by both his parents. He leaves to cherish his memories his wife, Toshie Traylor; three children: Maxine (Darren) Cloyd, Josephine Traylor, and Toshie (Scott) Famularo all of California; two sisters: Bernice Traylor and Louise Gouts; one brother Thomas Traylor; eight grandchildren: Jamelah Brown, Jamal Brown, Brandon Marshall, Toshie Famularo, Stevie Littleton, David Evans, Davonna Evans and Jacqualyn Famularo; five great grandchildren and a host of other family and friends.