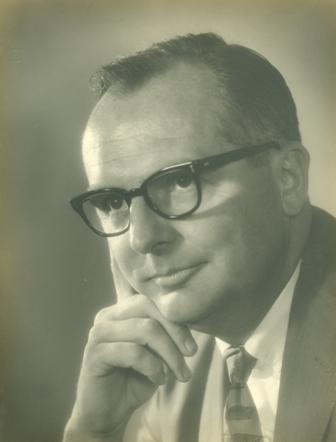 James Christy Roberts, Jr., of Rolling Hills, died Monday, March 5, 2012 at Little Company of Mary Hospital. Born in Port Washington, New York, in 1926, he graduated from high school at sixteen, and, as part of the Navy V12 program, graduated from Wesleyan College, and earned his MD from the University of Rochester. His pathology research ranged from laboratory work on Jonas Salk's polio vaccine program at the University of Pittsburgh to atherosclerosis in marine mammals at Marineland. He co-edited the book Comparative Atherosclerosis (1965), which was cited as recently as 2006. He was published in such journals as the Journal of the American Medical Association, Journal of the American Heart Association, and the journal of the Los Angeles County Medical Association. He was elected to leadership positions in the California Medical Association and the Los Angeles County Medical Association. His achievements included hiring the first African American in a non-janitorial position at the East Tennessee Baptist Hospital, instituting the first medical technician training program at Little Company of Mary Hospital, and founding and managing the first blood bank in the South Bay. After his retirement he was an active volunteer in the community, serving as President of the Rolling Hills Community Association and working at the Lomita Public Library, and continued to attend staff meetings at Little Company of Mary Hospital. His insight, humor, work ethic, and fulsome narratives will be much missed by family and friends. He was happily married to Elizabeth Killian Roberts from 1949 until her death in 1990. With his beloved companion Anne Siberell, he has spent twenty years sharing joy and world travel. His family is grateful to Rhodora Fallorina, who was his care provider for the last four years. He is survived by his sister Mary Heese, his children Catherine, James, Leslie, and Patricia, and his deeply adored grandchildren Joseph, Sarah, Tierney, Catherine, and Jacob. The family requests that, in lieu of sending flowers, friends donate to the Dr. Roberts Award for the Providence Little Company of Mary Medical Foundation (which will be used to reward innovation on the part of the hospital staff of Little Company of Mary) or the Friends of Lomita Library or the Elizabeth Killian Roberts Art Prize at Smith College. A gathering of family and friends will be held at Rice Mortuary on Friday, March 9, from 4:00 pm until 8:00 pm. The Memorial service will be held in the Chapel at Little Company of Mary Hospital on Saturday, March 10 at 11:00 am.