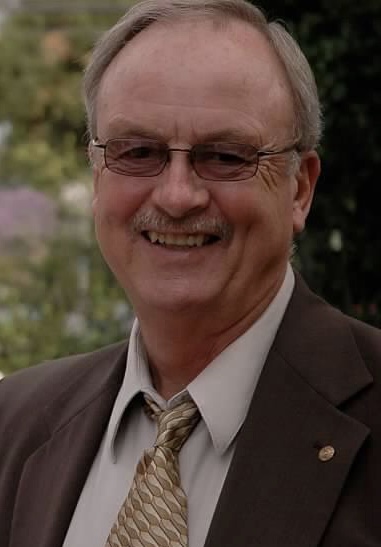 James “Bernie” Paine Jr. Bernie passed away Wednesday September 5, 2018 at the age of 77; he was born in Fresno, California on June 27, 1941 to parents James and Nelda. As a small child Bernie’s family moved from state to state as his father went where the work was to provide for his family. They eventually settled in Redondo Beach, CA where Bernie attended school and enjoyed what was then a small town community. Bernie attended Redondo Union High School and graduated in 1959. As a sophomore in high school he met the love of his life, Irene. These high school sweethearts married on January 30th, 1960 and committed themselves to lovingly raising their four boys. As his father did before him, Bernie went where the work was to provide for his family. Luckily that kept him in the South Bay where they were able to raise the boys in Redondo Beach before finally settling in neighboring Torrance, CA. Bernie worked for the municipal government for his entire life starting in the public works department for the City of Redondo Beach. His first job was working for the sewer crew which instilled in him a life-long belief that “nobody was beneath him”. Bernie engrained this in his children and lived his entire life serving others. Bernie worked hard for the City of Redondo Beach in many areas of the Public Works department. In 1970 Bernie began his career as a Redondo Beach firefighter and became one of the city’s first paramedics. Bernie later took a position as the Superintendent of the Streets and Parks maintenance department for the City of Gardena. Bernie provided many years of service to the residents of Gardena where he eventually retired in 2002 as the Director of Public Works. Throughout his entire life Bernie never met anyone he didn’t call a friend. He made friends easily and built relationships that lasted a lifetime. Bernie is survived by his wife Irene; sons Bernie and wife Debbie, Richard and wife Machel, John, David and wife Ann; brother Robert and wife Linda, sister Debbie; 9 grandchildren, and 7 great-grandchildren. Preceded in death by his father, mother and brother Tom. Visitation will be held Tuesday, September 11, 2018 at 6pm to 9pm (Rosary at 7pm) both at Rice Mortuary, 5310 Torrance Boulevard, Torrance, CA 90503. Funeral Mass will be held Wednesday, September 12, 2018 at 10am at Our Lady of Guadalupe, 244 Prospect Avenue, Hermosa Beach, CA 90254.