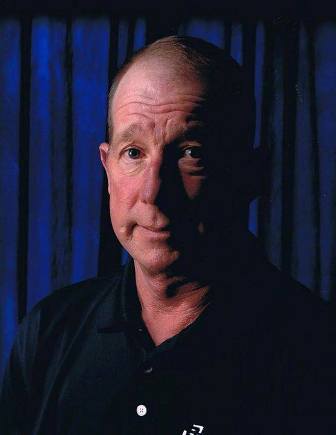 James Barry Isom June 8, 1961-January 21, 2014 James Barry Isom was born in Las Cruces New Mexico in 1961. Barry spent his childhood in the California coastal towns of Lompoc, Morro Bay and Cambria and has lived in Texas, Oklahoma, New Mexico, Colorado, North Carolina, Arizona and Iowa. Barry started as a carpenter, worked in construction for 34 years and was a Superintendent for the last 15 years. He worked on such landmark projects as the Denver International Airport, Coors Field in Denver and the Cedar Rapids Iowa Convention Center. Barry was a strong and smart leader who planned well and understood people. He was tough, but compassionate. He always stopped to consider what others were feeling and often went out of his way to give to friends and family. Family was one of Barry's highest priorities. Barry was a good man. He had a good heart. Barry met and married Kellie Druckemiller, the love of his life, in 1997 and they were lucky enough to have 16 wonderful years together. They built a life like Barry had never known before. They loved to travel and eat out, watch football, kid each other, laugh and enjoy life. Barry loved football and was a true Broncos fan. He loved to golf and could knock the ball a country mile. He was a master on the grill and loved cooking for friends and family. Nobody went hungry when Barry was cooking. He loved to laugh and tell stories. He'd act goofy just to make you laugh. If somebody around him was down he'd make it his mission to get them happy again. He was loved and his loss is hard. He leaves a large, empty place in our hearts. Barry is preceded in death by his brother Mark and his beloved grandparents, Jim and Selma McMullen. Barry is survived by his wife Kellie and her children, Hollie Abrahams and Stephanie Dorr; his children, Kari, Jimmy and Kayla; nine grandchildren; his brother Micheal, his sister Tami; his father Jim Isom and mother Rebecca Buckley. A Celebration of Barry's life will be held at Rice Mortuary- 5310 Torrance Blvd. Torrance, CA 90503 on Tuesday, January 28th at 2:00 pm.