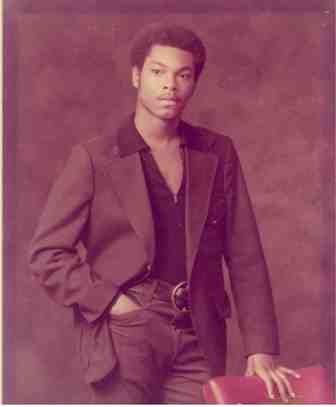 James was born in Los Angeles, California on October 31, 1954 to parents James A. and Mary Catherine Jones. Even as a child he always kept his sisters laughing - cracking jokes, mimicking people and telling stories. He graduated from Palmdale High School in 1972. Thereafter, he began a career as an actor, singer, model and make-up artist. He also worked as a legal secretary. Eventually, attended college for Criminal Justice and pursued a career assisting young adults as a Juvenile Counselor. James was preceded in death by his parents, by eldest brother Joseph Warren and eldest sister Mary Linda Jones. He is survived by his sisters Jamie Gerrard, Kathy Carlson, Lacey Jones, Debra Jones, and Anita Jones. By nieces Camieo, Sabrina, Nicole, Marla, Melodee, Vera, Rachel, and Stephani. By nephews Devon and Gene as well as cousins in Mississippi and New York; and all the great-nieces and great-nephews. James passed away April 3, 2012 surrounded by his loving sisters.