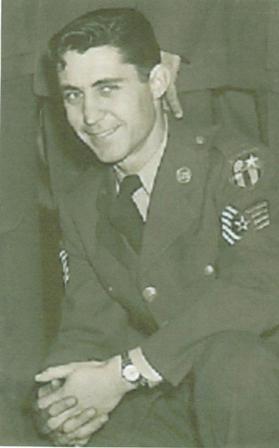 Jacques (Jack) Paul Evans Jack Evans, 91, passed away April 22, 2016 at his home in Torrance, CA. He was born October 2, 1924 in New York City, the son of Harry and Bella Evans. As a young man, Jack's great love was music, especially jazz and swing. He learned to play the trumpet and was so proficient that he was accepted into the Musicians Union in NYC as a teenager. He played in dance bands in his hometown of Belle Harbor, NY. Jack might have made a career in music, but world events intervened. He was only 17 when the attack took place on Pearl Harbor, but he persuaded his mother to give her permission for him to enlist in the Army-Air Corps. After training, he was assigned to the China-Burma India theatre and "flew the Hump" on missions to China. Returning home to the States, he was assigned to Biggs Field in El Paso. During his transfer from India to the States, his paperwork was lost. When he arrived in El Paso, this lost paperwork necessitated daily visits to the processing office to fix the problem. During these frequent visits, he met his future wife, WAC Florence Bose, and they were married on September 8, 1944. Jack made a career in the Air Force and retired after 20 years. While he was in the Air Force, he had assignments all over the US and in Germany and France. While serving in the Air Force he attended college at night to earn his degree. After retirement, he started a second career as an aerospace engineer. He worked for Grumman Aircraft in Bethpage, NY and was assigned to the team that designed the lunar module. In 1967 he and his wife Florence moved to Cape Canaveral, Florida where the Grumman lunar module team was based in preparation for the moon landing. Jack remained at the Cape for all the Apollo missions, including that of Apollo 13. He was not surprised that the lunar module worked so well as a lifeboat for the Apollo 13 astronauts, because he always maintained that the engineers had planned for such a contingency. After the space program wound down, Jack started a third career working for the Defense Department and he and his wife moved to Torrance, CA where he worked at Northrup. He also was a partner with a family relative, Susan Rhynalds, in Flying Carpet Travel which had an office in the Hawthorne Mall from 1976 to 1982. In his spare time Jack enjoyed writing fiction and published many books that are available as E books. His stories were usually about some aspect of WWII, aviation or some events he had witnessed during his Air Force Career. Jack was a life member of the American Society of Mechanical Engineers. He was also a 62 year member of the Elks and was a member of Gardena Lodge 1919. Jack is survived by two daughters: Jo Anne Appel of San Francisco and Melissa Robb of Malmesbury, England and two granddaughters, Sharon Meetsma of Brooklyn, NY and Sidney Robb of Malmesbury, England. His wife Florence predeceased him.