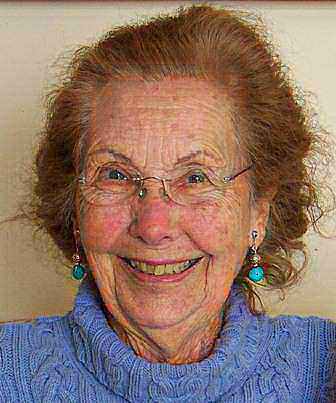 Jacqueline Fisher Brunskill January 9, 1925 – January 3, 2012 Jacqueline "Jackie" Brunskill passed away just 6 days before her 87th birthday at Torrance Memorial Medical Center. She was born in Los Angeles, the only child of Jacques "Jake" Fisher and Marguerite Jones Fisher, and grew up in Highland Park. Her father owned a Ford truck dealership, and her mother owned a dry goods store. She attended Luther Burbank Junior High School and graduated from Benjamin Franklin High School. During the Second World War, she worked for the U.S. Weather Bureau at Mines Field, which is now Los Angeles International Airport. She married Milo Stamen Brunskill on June 23, 1945, after which Milo graduated from the University of Southern California and became an engineer for the Los Angeles Department of Water and Power. Jackie and Milo built their first house by themselves on weekends in Hermosa Beach, where they had three sons. They built another house in Rolling Hills Estates, and moved there in 1960. Tragically, Milo died suddenly of a heart attack in 1962, and Jackie was left to raise her three sons alone. She became a successful realtor and investor for the next 50 years, first in Hermosa Beach, and later in Rolling Hills Estates and Mariposa. She was an active member of the Parent Teacher Associations at her childrens' schools, and served as PTA president at Dapplegray Intermediate School. On March 7, 1980, Jackie married Vernon "Vern" Moye. His children and grandchildren loved her very much and became an important part of her life. Together, Jackie and Vern purchased and ran a real estate office and a cattle ranch in Mariposa, an historic gold mining town in the Sierra Nevada Mountains of northern California. They enjoyed having many friends and relatives come from Southern California to visit them at the ranch, where they could fish and swim in the lake, hike, pan for gold in the creek, visit the abandoned miner's shack and gold mine on the ranch, hunt for pioneer artifacts, and visit Yosemite National Park. Jackie was widowed a second time when Vern died suddenly of a heart attack in 1990. After that, she spent most of her time at her home in Rolling Hills Estates, while maintaining and visiting her ranch in Mariposa. Jackie was an avid traveler. She took her sons on many camping trips to state and national parks when they were growing up, and visited several countries in Europe, as well as Egypt, Colombia and Hong Kong. She was especially proud of her Irish heritage, passed down to her from her father's mother, and her most special trip was to Ireland to see where her grandmother was born in the town of Cootehill, County Cavan. Jackie was a devoted and passionate member of the Woman's Club of Redondo Beach since 1946, where she held every office, including President. She had many lifelong friends who were also members. Jackie was preceded in death by her youngest granddaughter, Emma Brunskill. She is survived by her sons: Bradley Brunskill of Rolling Hills Estates; Michael Brunskill of Cranbury, New Jersey; John Brunskill of Mariposa; daughter-in-law Colleen Cahill, granddaughter Rebecca Brunskill, and grandson Lucas Brunskill, all of Cranbury, New Jersey. A gathering of family and friends will be held at Rice Mortuary on Sunday, January 8, 2012 from 3:00 pm until 7:00 pm. Interment will follow the next day at Glen Haven Memorial Park in Sylmar. A celebration of her life will take place at the Woman's Club of Redondo Beach, 400 South Broadway (corner of Pearl), on Sunday afternoon, January 29, 2012 beginning at 4 pm. In lieu of flowers, donations to the Woman's Club of Redondo Beach would be greatly appreciated.