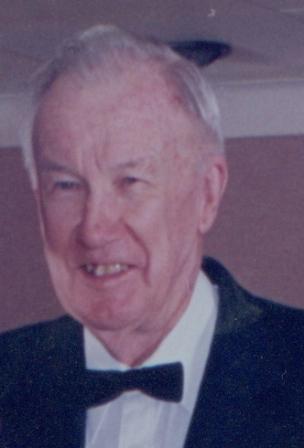 Jack Raymond Kettler, a 51 year resident of Palos Verdes Estates, passed away in his home on Tuesday, December 27, 2011 in Palos Verdes Estates. Born to William and Margaret Kettler of Huntington Beach, CA, Jack was 88. Having received a Masters in Engineering at Cal Tech, Jack worked on the space program for most of his career. A longtime and founding parishioner of St Lawrence Martyr Church in Redondo Beach, Jack was an avid golfer and runner having completed over 20 marathons – his last at age 75 and for a time was rated number two in US in his 60's and above bracket in 10K's. He is survived by his second wife, Gail Cook Kettler of Palos Verdes Estates, CA. He married his first wife, Patricia Elaine Kettler in 1953 and was with her until she passed away in 1998. Their children are son, Kenneth Kettler of Amsterdam, Holland; daughter, Kathleen Gateley of Aliso Viejo, CA; son, Gary Kettler of Henderson, NV; daughter, Carol (Steve) Pulford of Lafayette, CA; daughter, Annette Sanfilippo of Reno, NV; six grandchildren; two stepsons, John and Bret Cook of Palos Verdes; many nieces and nephews; brother, Bill Kettler of Huntington Beach, CA; and brother, Jim Kettler of Huntington Beach, CA. The Mass will be held at St. Lawrence Martyr Church in Redondo Beach on Saturday, January 7, 2012 at 10:00 am. Burial will follow at Green Hills Memorial Park in Rancho Palos Verdes. In lieu of flowers, donations may be made to Providence Trinity Care Hospice in Cerritos, CA.