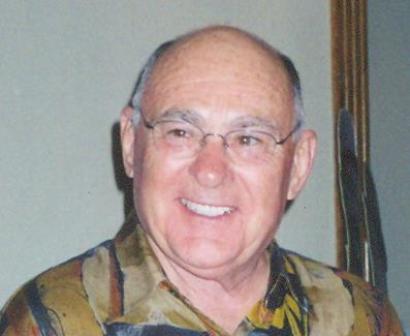 Jack Charles Kinney, a 50 year resident of California and a 35 year resident of Hermosa Beach, passed away on Monday September 28, 2015 with his wife by his side in Hermosa Beach, CA. Born in Kansas City, Missouri, on September 30, 1932, he went to meet the Lord two days before his 83rd birthday. Jack was a graduate of Junction City (KS) High School in 1950. He proudly served his country for four years in the Navy on an aircraft carrier during the Korean War. After his service in the Navy he graduated from Washburn University in Topeka, Kansas. He moved to Denver before moving to the Los Angeles area in 1965. Jack spent his career in real estate as a broker and later as a developer. Jack was an avid cyclist, boater, pilot and handball extraordinaire. He loved the beach and happily lived his years in Hermosa Beach within view of the ocean. He was known for his quick wit and his big smile. Jack met his wife Lake during his high school years. At their 40th high school reunion Jack and Lake became reacquainted. Prompting Jack to often joke, you never know what will happen when you go back to your home town. Jack is survived by his wife, Lake, ten nieces and nephews, two stepchildren and many, many friends. He was preceded in death by his parents, two sisters, and a brother. Services will be held October 23rd at 11 am at St. Andrew's Presbyterian Church, Redondo Beach, California with a celebration of life following at the Blue Water Grill in Redondo Beach. In lieu of flowers, donations can be made to The Alzheimer's Association.