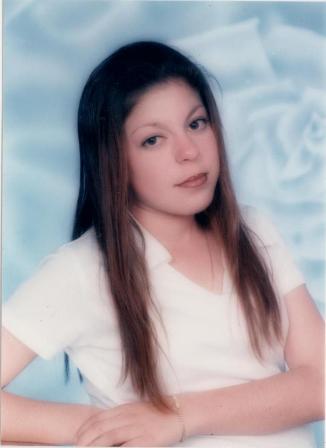 Irene Lopez (Andrade), a resident of Compton who lived the majority of her life in the Hawthorne/Gardena area, passed away peacefully on Saturday, April 14, 2012 surrounded by her loving husband, Mauricio; her daughter, Emely; her parents, Pascual and Celia; her brothers, Aurelio, Alex and Richard; grandmother Refugia; and many loving family members and friends. Born on February 14, 1980 in Torrance, California, Irene was diagnosed with Juvenile diabetes when she was 8 years old. Despite many difficulties growing up, Irene attended school. Left Gardena High her junior year but continued to study at home receiving her GED. Irene met the love of her life in 1995 when she was 15. They married on March 1, 2003. Lost her vision at 22 and started dialysis at 26. Despite her knowing she could not have kids due to an infantile uterus and all her diabetes complications became pregnant and gave birth to her daughter, Emely, a true miracle, born at 5 months, 3 weeks. Irene's strong devotion to her faith and fighting spirit allowed her to persevere. She was Confirmed in Christ November 2009 and married in the Catholic Church at St. Anthony's of Padua in June 2010. She played softball in her younger years, enjoyed coloring, dancing, and music and loved to attend her husband and brothers' soccer games. Irene will be remembered for her perseverance, her love of life, humor and will to accept her pain and struggles without any question always trusting in the Lord Jesus Christ and the Virgin of Guadalupe. Irene is also survived by her grandparents Evaristo and Angela Andrade as well as many aunts, uncles and cousins who loved her very much. Irene will forever live in the hearts of all her family, friends and those who knew her. A gathering of family and friends will be held at McCormick Mortuary in Inglewood on Monday April 23 from 5:00 pm until 9:00 pm with the Rosary being recited at 7:00pm. The Funeral service will be held at St. Anthony of Padua Catholic Church on Tuesday April 24 at 10:00 am. Burial will follow at Holy Cross Cemetery in Culver City.