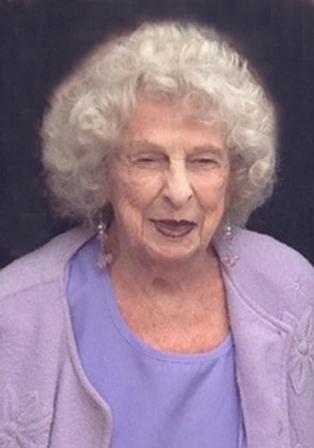 IOLA MAE (Mackin) ENSOM May 13, 1925 - September 29, 2013 Iola Mae (Mackin) Ensom was born in Midland Ontario Canada on May 13, 1925. She lived with her Mum and Dad, Harold and Dora Mackin. Iola quit school at the age of 17 years old to help support her family, after a drunk driver killed her father and paralyzed her brother Jimmy. Iola worked in a munitions factory during World War II making Burster Bombs. Iola met and married the love of her life, Herbert James Ensom in 1946. They left Canada to settle in Los Angeles County. They purchased a home in Torrance in 1959 where they raised their four children. They were happily married for 63 years, until Herb's passing in 2009. They were inseparable and absolutely adored one another. Iola was a homemaker and her home was the "hub" where neighbors and friends would love to hang out. Iola always had a smile for everyone she would meet. She was so sunshiny and optimistic. She was incredibly grateful for the life she had and appreciated her many blessings. Her beauty radiated from the inside out. Iola enjoyed going to USC Football games with her son, Gere and she was the "hit of the party" at the tailgating parties and USC functions she attended. She enjoyed her Thursday nights at Buena Sera where her kids, grandkids, her dear friend Gloria, and many new friends would gather for some food, wine, music and many laughs. At 88, she still had it going on! Iola was incredibly kind and generous. Her family knew her as the "Animal Whisperer" because birds, cats, squirrels, turtles, dogs and even crows all knew where to come for love and attention. Her love for all living creatures drew them near to her. Although her family and friends will miss her more than words can say, we are comforted knowing she is reunited with the love of her life, her beloved Herbie. Iola is survived by her two sons; Gerald Ensom and Ronald Ensom, her two daughters; Sandra (Ensom) Dupape Sturgess and Beverlie (Ensom) Miller, her loving son-in-laws Chris Miller and Mike Sturgess, and her loving grandchildren; Erin Dupape, Chad Dupape, Michael Munch (Miller) and Garrett Miller and her beloved Great-Grandchild, Aiden Dupape.