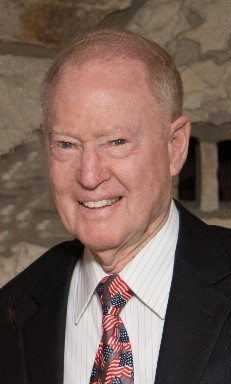 On July 1, 2020, Hughes Carlton “Carl” Terry, loving husband and father, passed away peacefully at the age of 92, surrounded by family. Carl was born on August 24, 1927 in Inglewood CA to Hughes Carson Terry and Emma Riddle Terry. Carl grew up close to the L.A. Coliseum, graduated from Manual Arts High School in 1945 and immediately joined the U.S. Navy, serving honorably aboard the submarines USS Catfish and USS Carbonero. He remained active in the submarine veteran community. In 1946, while still in the Navy, he met the love of his life, Joyce Augustine, on a blind date. They married in 1949 and moved to the South Bay, where they resided for 62 happy years of marriage. After graduating college (Carl was a lifelong USC Trojan) he became a 5th grade teacher in 1960. The beloved “Mr. Terry” spent the next 55 years happily molding young minds. Thirty-two of those years he taught at Caroldale Elementary in Carson and he continued substitute teaching until he was 87. With Joyce (also a teacher) as his constant companion, Carl spent countless enjoyable summers (and a couple major sabbaticals) traveling the U.S., Canada, and Mexico in their RV. They eventually flew to 49 states in their single engine Cessna, and separately flew an airplane in Hawaii, to make it all 50 states. Carl delighted in hosting all manner of parties and family gatherings, where he could always be found with a tall glass of milk and a twinkle in his eye. Carl was preceded in death by his wife Joyce, who he missed every single day, and his brother Lynden “Red”. Those in mourning include his brother Robert Joseph Terry (“Bobby”) of Youngtown AZ and children Dan Terry (Sharon) of Goleta CA, Kathy Miller (Mike) of Torrance CA, Jill Smittle (Mark) of Long Beach CA, and Sharon Terry of Torrance CA, as well as bonus family members Robert Hoy (Wendy) from Canada and now in San Diego, and Chayo Pedregon (Eddie) from Mexico and now in Pico Rivera CA. He is also survived by his nine grandchildren, with whom he shared travel, adventures and lots of laughter. Interment with full military honors will be at the Los Angeles National Cemetery on August 24th which would be Carl’s 93rd birthday. A celebration of Carl’s life will be held later. Instead of flowers, check the air pressure in your tires and watch a baseball game with your loved ones; he will appreciate it. Go Dodgers and Fight On Trojans!