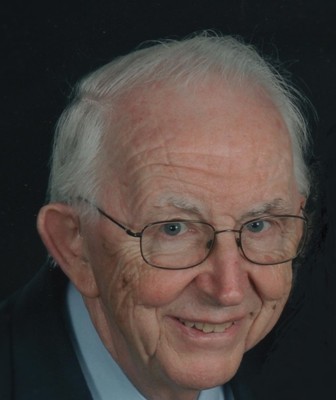 Hugh Erskine Carmichael, 89 years old, passed away on August 20, 2016 at his home in Torrance, CA. A memorial service to celebrate his life will be held at Saint Andrews Presbyterian Church in Redondo Beach on September 17, 2016 at 11 a.m. with Pastor Mark Nazarian officiating. Hugh was born in Newnan, Georgia to Hugh and Jessie Carmichael on September 14, 1926. After graduating from Newnan High School, he attended Georgia Institute of Technology. Due to Word War II, he postponed his studies and joined the U.S. Navy where he served in the South Pacific in Manus, in the Admiralty Islands near New Guinea. He returned to Georgia Tech where he went on to earn a Bachelor of Science Degree in Electrical Engineering in1948. He worked as an Electrical Engineer for General Electric on the east coast for 16 years and then for the Aerospace Corporation in El Segundo for 25 years until he retired in 1990. Hugh married Ruth Smith in 1951. They were happily married for 49 years until she passed away in 2000 after a lengthy illness with cancer. Hugh is survived by Norma Berg Carmichael his loving wife of 14 years of Torrance, CA; his son Dr. Hugh E. Carmichael Jr. (Olinda) of Northridge, CA; daughters Anne Biederman (Eric) of Scotts Valley, CA and Lea Cortum (Greg) of Colorado Springs, CO; grandchildren James, John (Amanda), and Lynne Carmichael; Andrew, Tim, and Christian Biederman; and Heidi Cortum and Alaina (Brandon) Vargas; great grandchild Leilani Carmichael; and a nephew Neal Carmichael (Sharon) and niece Mary McMorrow (Steve) in Georgia. In lieu of flowers the family requests memorial donations be made to Saint Andrews Presbyterian Church Renovation Fund and/or their Homeless/Sack Lunch Program.