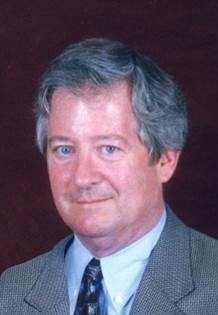 Hon. Hugh C. Gardner III (February 1, 1943—February 25, 2016) Retired Superior Court Judge Hugh C. Gardner III passed away after a long illness on February 25, 2016, at the age of 73. Judge Gardner was appointed to the bench in 1992 and retired in 2006. He served in Los Angeles and Santa Monica hearing both criminal and civil cases. He distinguished himself by resuming judicial duties after suffering a ruptured brain aneurysm and stroke; a recovery that required two years of intensive rehabilitation and an indomitable will. Gardner graduated from Stanford University Law School in 1971 and joined Los Angeles law firm McCutcheon, Black, Verleger & Shea as an associate and then partner. In 1988 he moved to Sidley & Austin, Los Angeles, as a partner. He specialized in Product Liability, Pharmaceutical and Toxic Tort litigation. He was admitted to the California Bar; the US District Court (Eastern and Northern Districts of California); the US Ninth Circuit Court of Appeals; and the US Supreme Court. Born in Long Beach, Hugh attended Lakewood High School, Long Beach City College and San Jose State University. He served in the US Army National Guard, joining the ROTC program in college. Hugh resided in Hermosa Beach with his wife, Kathleen. He was an avid collector of early blues and rock 'n' roll 45 rpm records which he played on his 1952 Seeburg jukebox. He loved literature and poetry and a philosophical discussion. He was adept at tuning his sports car. Leisure activities included baseball, tennis, skiing and computer games. A dedicated family man, he enjoyed travel with his wife and sons. Judge Gardner is survived by his wife, Kathleen, son Clinton Gardner, and stepsons Timothy Olson (wife Rubi and granddaughter Valentina) and Patrick Olson. He was predeceased by his brother Richard Gardner, husband of Colleen Gardner, of Long Beach. Funeral services will be held on March 19 at noon at American Martyrs Church in Manhattan Beach. In lieu of flowers, the family asks that memorial gifts be made to Union Rescue Mission, 545 South San Pedro Street, Los Angeles, CA 90013. www.urm.org