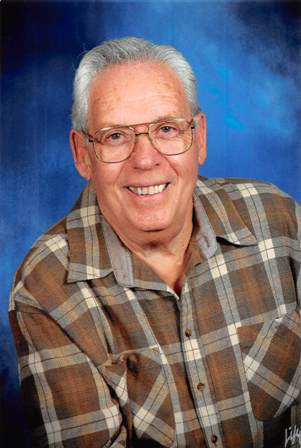 Hubert "Lyle" Smith Lyle was born in Lincoln, Nebraska on November 8, 1933 and went to be with his Lord and Savior on Palm Sunday, April 9, 2017 at the age of 83. He moved to Hermosa Beach, California with his parents, siblings and grandmother at the age of 3. He graduated from Redondo Union High School and married his high school sweetheart, Irva Warnholz. Shortly after, he was drafted into the army and served in Korea. Returning home, he and his wife settled in Redondo Beach and started raising their family. He was employed by P.P.G. Industries in Torrance for 32 years. He enjoyed camping and going to Dodger games with his family as they were growing up, and loved working around the house and garden. Retiring early, he took up golf and spent many years with his friends out on the course. For about four years he spent time on the Harbor Commission in Redondo Beach. Lyle was an active member of his church and is a current member of 14 years at Torrance First Baptist. He was a man of integrity, strong moral values and raised his children in the love of the Lord. He always enjoyed watching his children and grandchildren's sports events and activities. Lyle loved to mingle with people and everyone thought of him as the guy who made them laugh. He had a great sense of humor and will be greatly missed. He is survived by Irva, his loving wife of 64 years and three children, Gail Roberson (John), Robert Smith and Carol Lindbloom. Lyle also leaves seven grandchildren, Jeff Roberson (Sarah), Michelle Ellis (Noah), Jordan Roberson, Matthew and Michael Lindbloom, Samantha and Brandon Smith and four great-grandchildren, Timnah, Jevin, Roman and Jackson. Memorial service will be on April 29th at 12 pm at Torrance First Baptist Church.