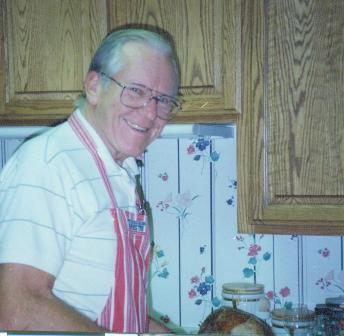 Hilbert Alvin Ternstrom, a 50 year resident of Palos Verdes Estates, CA, passed away on Thursday, September 24, 2015. Born in Golden, CO, Bert was 91 years old when he died. He served three years in the Army Air Force in England as an airplane mechanic including "D-Day". He graduated in 1952 from the Colorado School of Mines with a Masters Degree in Petroleum Engineering. He worked for Standard Oil on Aruba for four years. He relocated to the South Bay working for Mobil Oil staying until his retirement in 1989 – 33 years. He is preceded in death by his wife of 50 years, Patricia Holmes Ternstrom, and parents Gustaf Hilbert and Jennie Ternstrom Pomeroy. He is survived by his stepchildren: Pamela Almond, John Corzine, and Jeffrey Corzine, nine grandchildren, and twelve great grandchildren. Services will be private. In lieu of flowers, donations may be made to the Colorado School of Mines.