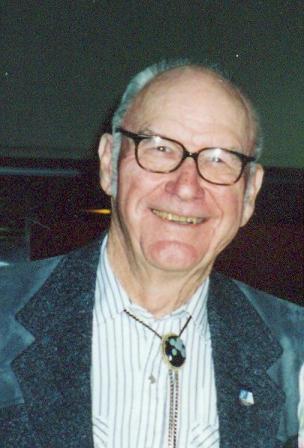 Herman Dale Fields, a life-long resident of the South Bay, passed away on Monday, September 15, 2014 at his home in Torrance. Born in Inglewood, CA he was 86 when he died. He graduated from Inglewood High School. Also known as Jim, or H.D., Herman served in the Navy during WWII enlisting in 1947 and serving until 1959 as a reservist. He worked for Mobil Oil Corporation as a welder for 40 years. He enjoyed traveling, gardening, family get-togethers and was a fan of country and big band music. He was a Colonel in the Commemorative Air Force. Herman is survived by his daughters Robin Fields and Sandy Fields of Torrance and granddaughter Alyssa Fields of Torrance. He was preceded in death by his parents James and Elta Fields; and his wife Ruth Fields. Herman and Ruth's urns will be placed at Inglewood Park Cemetery in Inglewood on Saturday September 27, 2014 at 12:30 pm. A Memorial Service will follow at Rice Mortuary in Torrance at 3pm with a gathering in the Lighthouse Reception Room until 6pm.