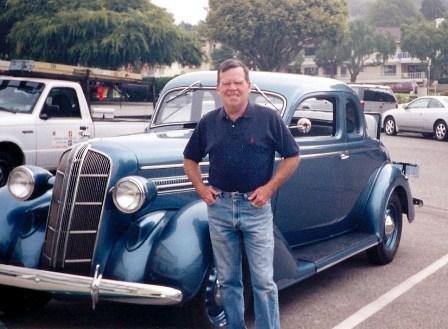 Henry Joseph Richardson, 73, of Palos Verdes, passed away at his home on October 13, 2013. He was born one of 6 children September 16, 1940, in New York City, to Tom and Mary Jane Richardson who had migrated to the United States from Ireland. Henry attended Xavier High School in New York, and went on to attend the Academy of Aeronautics. In 1968 Henry moved to California, transferring with Texaco, where he would meet and after much pursuit and persistence marry Cathy, affectionately called from then on "Schatzi" or sweetheart. His love and respect for her was steadfast and they weathered through thick and thin for over 42 years. Henry and Cathy were definitely a team and Elizabeth, Michael, Daniel and Sara are a wonderful legacy to both of them. The good education and upbringing they provided and the careers they have embarked on were a source of great pride for him. From working in the brokerage business, selling pipes valves and fittings in the oil business to being a "broken down" diamond blade salesman and finally, in retirement helping people repair their cars, he was always on the go. Henry had a charm that was disarming and once you met him you liked him. He was a character in the truest sense of the word, but he was also a man of character. There was no veneer to Henry. With Henry, what you saw was what you got. He was comfortable in his own skin and true to his values. His faith was important in his life, nurtured by growing up in an Irish Catholic family with great devotion to the Catholic Church. His faith fortified him these last months as he passed into everlasting life with great grace, dignity and courage. He remarked to Cathy a few weeks ago that he had had enough and just wanted to go to Heaven. His courage was remarkable and Cathy and his children should be justifiably proud of the way he left this life. Anyone who knew Henry knows he loved a good party. Let us hope that as he crosses the threshold from death to everlasting life, that he will have a wonderful banquet welcomed into the loving arms of Our Savior, Jesus, Mom and Dad, his brother, John, his favorite Aunt, Hannah and many relatives and friends. The banquet will go on for all eternity and the Irish music will never end and who knows, perhaps, the Platters will sing in person, "The Great Pretender". One of Henry's favorite expressions was "Best in the West". He wasn't just the "Best in the West", he was "The Best". God rest his soul. Rest in peace, Henry.