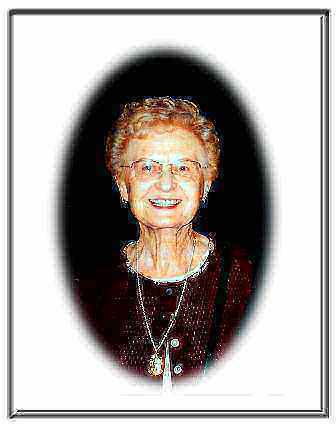 Helen Rita Novotney, a Torrance resident for more than 50 years, passed away peacefully on April 12, 2012, surrounded by her son, David, daughter, Penny, and grandchildren, Nick, Tracy and Trisha. Born January 20, 1925 in Streator, Illinois, Helen was raised by her grandparents and grew up speaking both English and Slovak. Despite a challenging upbringing, Helen's strong devotion to her faith and fighting spirit allowed her to persevere. It was this feistiness that captured the heart of Ralph Joseph Novotney, a neighborhood friend who quickly became the love of her life. Ralph loved taking care of Helen, and she loved letting him do so. In 1956, Ralph and Helen moved to Torrance, California to start a new life away from their hometown, with their son, Ralph Jr. and daughter, Penny. This new life included expanding their family with youngest son, David. When Ralph passed away in 1987, he took a piece of Helen's heart with him, and she had to rise to the challenges of being on her own. Once again, her fighting spirit propelled her forward, and she became an incredibly self-sufficient woman – becoming involved with the Eucharistic Ministry of her church, St. Anthony of Padua, and even taking her first plane trip at 63 years of age. This lead to many more trips with her friends to Russia and other countries throughout Europe. Helen's kids all remained close by, and it brought her great joy to spend time with her seven grandchildren, Ralph III, Joshua, Nick, Tracy, Trisha, Andrew and Alex. Helen's three great-grandchildren, Alejandro, Antonio and Justin, also lived just a few blocks from her house and provided many laughs and smiles. She loved to take them out to dinner and bring over mint chocolate chip ice cream. Helen was so proud of her family, and while she often expressed this sentiment in her own way, she was always excited to share stories about their accomplishments with her friends. May Helen rest in peace, reunite with her soul mate, and live for eternity at God's side.