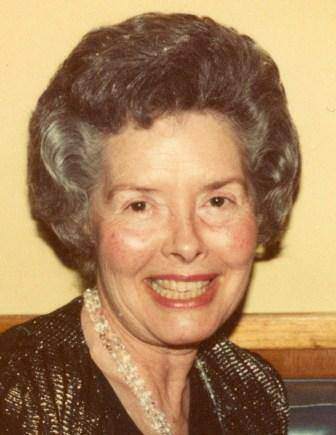 Helen Moynahan Daniel, a 61 year resident of Hawthorne, passed away on Monday, March 5, 2012 at Little Company of Mary in Torrance. Born in North Hollywood on November 16, 1924, Helen was 87 when she went to join her Maker in Heaven. Raised in North Hollywood, Helen graduated from North Hollywood High School in 1942 and went through nurses training at St. Vincent's Hospital in Los Angeles. She graduated as a Registered Nurse in August of 1946 and married Philip Daniel in November 1946. The couple bought a home in Hawthorne in 1950 and raised their five children there. Helen was an active member of St. Joseph's Church in Hawthorne for 60 years. While her children attended school there, she volunteered as the school nurse and participated and/or volunteered in many of the church's functions and fundraisers. Later, she became a Eucharistic Minister and gave communion to parishioners who were unable to attend the church service. Throughout her adult life, Helen worked in the field of industrial nursing for companies such as Douglas Aircraft, Armstrong Steel, Max Factor, and Xerox. She enjoyed helping others and her kind, calm demeanor was as healing as the medical treatments she dispensed. Helen enjoyed spending time with her immediate and extended family, getting together with her dear friends, traveling to new places and entertaining with her husband. She loved the arts – music, theater, dance, painting and sculpture - and instilled this love in her children. She was an avid reader and modeled her love of learning throughout her life. As a young mother, Helen started sewing clothes for her children and soon became very accomplished at making beautiful outfits for herself. In her later years, she learned to quilt and bestowed many lovely quilts as gifts for her family. Helen is survived by sons, Robert Daniel of Gardena, John Daniel of Hawthorne, James Daniel of Paramount, daughter, Gretchen Hinojosa of Huntington Beach. Her daughter-in-law Sharon Daniel of Sun City and grandchildren, Kristin Danusastro, Jonathan Hinojosa, Samantha Daniel, Kyle Daniel, Amanda Hinojosa, Veronica Daniel and Chelsea Daniel. Her sister-in-law Betty Moynahan of Tarzana. She is also survived by one nephew, five nieces and cousins by the dozen. She was preceded in death by her son Patrick, her husband Philip and her four siblings Edith, Matt, Jim and Tom. A gathering of family and friends will be held at Rice Mortuary in Torrance on Friday, March 16 from 5:00 pm until 8:00 pm. with the Rosary being recited at 6:00 pm. The Funeral Mass will be held at St. Joseph's Church in Hawthorne on Saturday, March 17 at 11:00 am. Burial will follow at Holy Cross Cemetery in Culver City. In lieu of flowers, donations may be made to Alzheimer's Disease Research (www.ahaf.org/alzheimers) or Susan G. Komen for the Cure (www.komen.org).