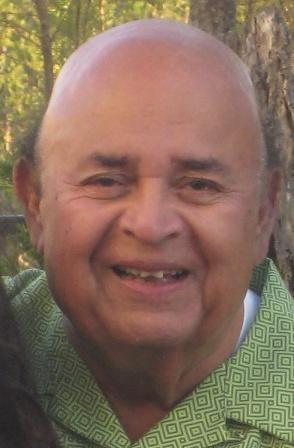 Our Pioneer, Patriot and Patriarch Mr. Harshad V. Sheth, 77, of Rancho Palos Verdes, California died peacefully at home surrounded by the warm embrace of his extended family from around the country on January 24, 2013. He was loved and admired by his family and many friends, and positively influenced all whose lives he touched. Harshad (or "Hasu" as he was known to some) was a Pioneer, having been the first in his family to emigrate from Mumbai, India in December 1958 (arriving on a steamer January 24, 1959), in order to attend the University of Southern California where he earned his Bachelor's degree in Mechanical Engineering. From there, he went on to earn a Master's degree in Metallurgical Engineering from the University of California, Los Angeles. His illustrious career spanned almost 50 years beginning at the Armco steel plant in Torrance, California, and concluding as a Managing Director at National Oilwell Varco and Shultz Steel. He was awarded six patents during his lifetime for metal alloys utilized in specialized applications from drill collars to roll shells. He was passionate about his work and forged many life-long friendships with his colleagues. He was a true Patriot, who cherished the customs, traditions, and history of the United States of America and was fittingly born on the Fourth of July. He never lost his strong connection to Gujarat, India, his birthplace, for it gave him a deep spirituality and strong sense of family values. The combination of his love of the United States and his strong spiritual and family values created the foundation for a successful, well-lived life. He was the revered Patriarch of the Sheth and related families. He was a role model who put his family above all else and was self-less in his love, compassion, and caring for every family member. He created a large, loving family that will continue to build on the strong foundation that is his legacy and will continue to give each other lots of hugs. He is survived by his beautiful wife of 48 years, Bharti H. Sheth, who liked to call him "Father". He is also survived by: his two sons, Rajan H. ("George") Sheth of Rancho Palos Verdes, Samir H. ("Sam") Sheth of Manhattan Beach, and his siblings Hansa C. Shah of Mumbai, Subodh V. Sheth of Fountain Valley, Jayesh V. Sheth of Mission Viejo, and Malti D. Shah of Atlanta. He was so proud of his two daughters-in-law, Vandana R. Sheth and Kay T. Sheth, and doted on and adored his four grandchildren, Rajiv and Vijay (sons of Rajan and Vandana), and Julia and Sabrina (daughters of Samir and Kay). Harshad was also very fond of and admired by his very close sisters-in-law, Rekha and Sarika, his brother-in-law, Dilip C. Shah, and all of his uncles, aunts, cousins, nieces and nephews, and great nieces in the U.S. and in India. In lieu of flowers, your contributions to the Torrance Memorial Healthcare Foundation would be sincerely appreciated. With all our love and affection, Bharti H. Sheth Rajan/George, Vandana, Rajiv, and Vijay Sheth Sam, Kay, Julia, and Sabrina Sheth