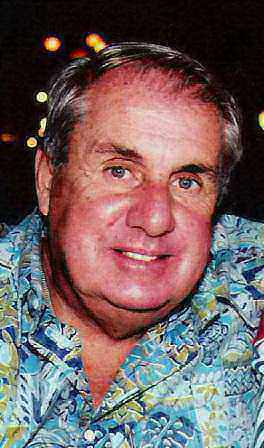 Harry Peter O'Brien, age 80, of Redondo Beach, passed away on March 6, 2013. The youngest child of Hugh and Hazel O'Brien, Harry was born February 23, 1933 in New York City. After moving to the Los Angeles area in 1942, Harry attended Redondo High School where he excelled in all sports including baseball and football. Harry loved the beach and spent most of his time surfing, playing volleyball with friends and was even a lifeguard. As a young man, Harry participated in the Junior Marines program and later served in the United States Army in Alaska. Harry had an absolute love for his 35 year career at American Airlines where he served as Manager of Food Services. In retirement Harry remained active participating in the Knights of Columbus and spending time with family and friends. Harry was preceded in death by his sister Patricia O'Brien Kiefer and is survived by his brother Hugh O'Brien and 7 nieces and nephews and 17 great nieces and nephews. A Rosary will begin at 12:30 pm, followed by a Funeral Mass at 1 pm on Saturday March 16, 2013 at St. James Catholic Church at 415 Vincent Street in Redondo Beach.