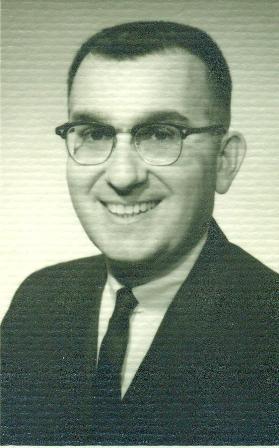 Harry Mark Mekjian passed away on October 20, 2015, as the result of a fall in his home. He was 89. Born in Highland Park, Michigan, on July 30, 1926, he moved to Los Angeles with his family in 1935 after the death of his mother. Upon arrival his father purchased a shoe repair shop on west Jefferson Blvd. on what is now the USC campus. It was in the shop that Harry first met the coaches, athletes, and administrators of the university and which started his passion for the school, particularly the football team. Harry served in the U.S. Army during WWII as a medic and attended L.A. City College and USC after the war, where he got a degree in Zoology. Upon graduation he worked for the California Dept. of Fish and Game tagging Yellowtail from research boats, and the tuna boats 'Stella Mares' and 'American Venture'. In 1955 he married Elbe Garabedian and changed careers to business after the birth of their first son, Mark, when he joined U.S. Rubber Co. He later worked in aerospace for Tasker Industries and Hughes Aircraft, where he worked until he retired. He was a longtime member of the South Bay Trojan Club, a member of Cardinal and Gold for many years, and a football season ticket holder for over 60 years. Harry is survived by Elbe, his wife of 59 years, his two sons Mark and Rob, and his two granddaughters Sophie and Audrey. Memorial services will be held 10:00 AM Saturday, November 7, at St. James Armenian Apostolic Church, with a reception following at the church.