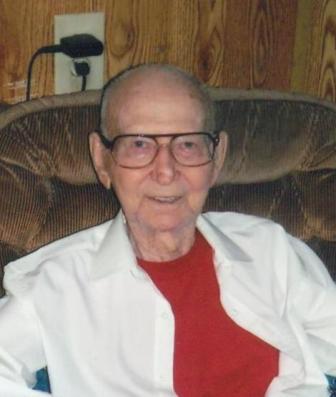 Harold "Bud" Morrow was a warm caring person who had an adventurous spirit. His curiosity about life was always calling him to find out what was beyond the next bend in the road. In his younger years he never could stay long in one location. He will be remembered for the smile he always wore on his face and his cheerful disposition. Bud was born March 29, 1925 and passed from this life on April 22, 2014 after a battle with pneumonia. He was born and raised in Milwaukie, Wisconsin. He was a member of the Merchant Marines during WWII until 1944. After the war in the late 1940's the entire Sumter family migrated to the Los Angeles area and laid down roots. Bud, however, decided to return to his original roots in Wisconsin and rejoined his father Roy. In later years he was a resort supervisor for the Sahara Casino in Las Vegas, Nevada for 12 years. He was also a construction supervisor for the Colorado Belle in Laughlin, Arizona for 5 years. Bud was preceded in death by his mother Nola Gilpin, his father Roy Morrow and his sister Rosetta Galindo. He is survived by his three children Bruce, Beverly, Barbara, three grandchildren and several nieces and nephews and cousins.