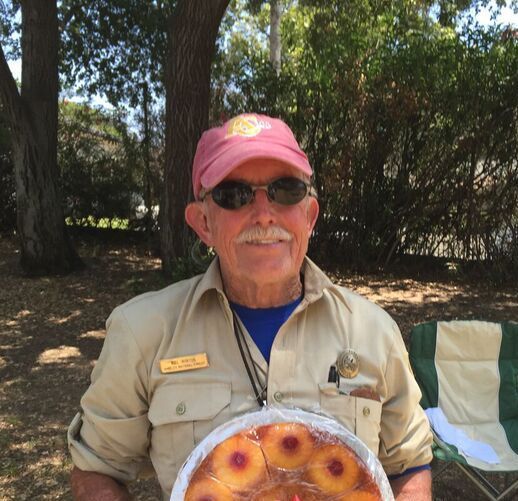 Hal Winton was called an American original and an icon in the Southern California ultra running world as the co race director for the Angeles Crest 100 mile race. He died May 24th 2017 having recently run his 35th Avalon, 50 Mile Benefit race at age 85. Often seen in a National Forest Service Volunteer uniform, his gregarious, tough love nature inspired people across the L.A. basin. His fans said you wanted to make "Uncle Hal" proud whether you were on a mandatory trail crew preparing for the AC 100, at a National Park Service meeting, working with him as trail consultant for the Palos Verdes Peninsula Caballeros, or one of his kids. Cynthia, Daniel, Valerie and his grandkids survive him. Professional athlete Dominic Grossman said, "There's something about Hal Winton that inspires endurance in just about anyone who meets him. Perhaps it's the fact that at age 50, he decided to run ultras, and didn't stop regardless of having a pacemaker installed and all the other ailments of old age. Or maybe that he still led trail work crews for AC100 all over the San Gabriels at the ripe old age of 84 years old." Hal Winton knew how to show up as his family, friends, neighbors, church, trail and racing communities. He credited those great spiritual pacers, Jesus and the Holy Spirit, for making his life epic. It wasn't just finishing that mattered, but how you ran the race. Many who crossed the finish line of the AC 100 said that handshake from Uncle Hal meant the world to them. Born in Atlanta, Indiana August 7, 1931 to Dorothy Anderson Winton and Lawson Lee Winton, Hal served as a U.S. Navy Radio Electrician during the Korean War. He met his former wife Lurley Wentworth in a Glendale, California skating rink. After receiving his Electrical Engineering degree from Purdue, the Aerospace Industry led him to Los Angeles County. He earned a Master's degree from USC. Loving the outdoors, every month he loaded up his family in the camper, jeep, and on dirt bikes to fish, hunt, and do weeklong backpacks. He had a knack for getting as far from toilets, running water, and lights as possible. Paul Sheffield invited him for a run around the El Camino College Track and soon discovered that Hal had more than five miles in him. He had been a cross country runner in high school. Not long after he ran his first Palos Verdes marathon. He eventually climbed Mt McKinley, ran around Uluru near Alice Springs, Australia, traversed the Grand Canyon, and made his mark in ultra endurance 50 and 100-mile mountain runs like the Pike's Peak Marathon, Western States, Hard Rock, and Leadville 100's. He ran the entire John Muir trail and received The Grand Slam award for completing three ultra marathons in one year at age 60. Keeping our forests accessible to people was his purpose. When the USFS no longer had budget to maintain the trails for general use the AC100 race placed 8 hours of Trail Maintenance requirement for runners to run the race. Hal managed the AC100 Trail Maintenance Progam (and Training Run Program), just one of many ways he was making an impact. He was proud to clean Forest Service toilets or to go up on any weekend to clear a trail with his buddy Gary Hilliard. His loss is deeply felt. A memorial bench will be placed in the San Gabrielles. Donations to the 2018 Lions Club Avalon 50 Benefit Run can be made in his name. Send Condolences to 339 Broadway Alameda, CA 94501 or on the Hal Winton Facebook Page. Military honors will be conducted by the United States Navy at 2:00 PM Tuesday, June 27, 2017, in Riverside National Cemetery, 22495 Van Burden Blvd., Riverside, CA 92518. There will be a Memorial service the following day, 11:00 am Wednesday, June 28, at his church Rolling Hills Covenant Church, 2222 Palos Verdes Drive North, Rolling Hills Estates, CA 90274.