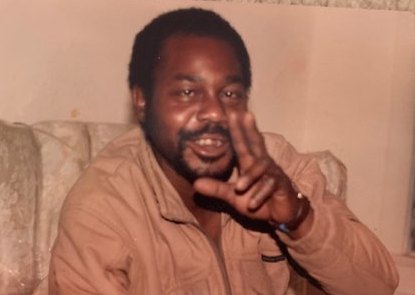 Gregory Butler was born July 22, 1957 to Clara and Earl Butler. Greg came to California in 1960 with his mother Clara Anderson (who preceded him in death) and his sister. He graduated from George Washington High School in Los Angeles in 1975. He began to educate himself in electronics and any other area that interested him. Greg was a Jack of all trades assisting everyone in the neighborhood with anything and everything that they needed help with. He was very friendly and easy to talk to so everyone loved him. In 2011 Greg had a massive stroke that put him in a wheelchair and left him unable to do all things he was used to doing. He fought very hard to recover from the stroke which led to many other things, but he kept fighting through it all. Greg had a very strong will that kept him going until God called him home on January 15, 2019. Greg leaves to cherish his memory his sisters Gwen Johnson (Steve) and Patricia Haynes, his loving brother and care giver Kevin Anderson, his brother Jeffery Anderson (Yolanda) and Damon Anderson and Arthur Van Anderson, his aunts Dorothy Jackson of California, Helen Greeen of Chicago, Mary Lee Beveryly of Louisiana and Claudette Turner (Jonathan) of Mississippi. Greg also leaves his cousin Dolores Beverly Ray and his special niece Yominique Anderson Morancie. He leaves a host of nieces, nephews, great nieces, great nephews, cousins and lots of friends. Greg will surely be missed but never forgotten. He will live forever in our hearts!