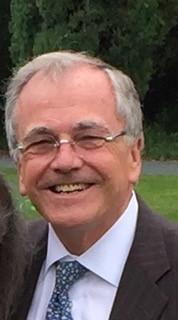 On August 3, 2020, Gregory Blair Willis, Sr. passed away peacefully at his home with his family after a long battle with cancer. He was 71 years old.

Greg was born on December 5, 1948 in Santa Monica, California. He was educated at UCLA where he earned his Bachelor’s degree and two Master’s degrees – in Business and Philosophy. He had a passion for education and spent his retirement years studying art history, horticulture, and foreign languages.

Shortly after college he met his wife, Cathy, in Santa Barbara. They married in 1975 and spend 45 years devoted to each other and their family. Together they raised three children, Greg, Robert, and Victoria. They lived in Rancho Palos Verdes, California.

Greg spent over 25 years in a variety of executive positions at Toyota in Southern California. After leaving Toyota, he started his own international auto part supplier firm and eventually retired in 2008.

Athletics were always a constant in his life. Growing up, he was a talented youth swimmer and water polo player, eventually swimming for UCLA. After college, he took up running and competed in over 30 marathons, including New York and Boston. His favorite was the LA Marathon where he was honored as a “Legacy Runner” for completing the first 10 LA Marathons. He also completed various “Ironman” races and eventually started (with his swimming friends) the Los Angeles Peninsula Swim Team (“LAPS”) in 1995 – a master’s swim team that is still going strong. Greg was a nationally ranked swimmer and competed in numerous national and world competitions. He loved swimming and loved competing.

But what he loved most was introducing his kids to sports. He coached soccer teams, took them to swim practice, and attended all their meets. He loved watching them swim, play water polo, and compete in all their athletic events.

As a family, Greg and all his children would routinely compete in the “Pier-to-Pier” swim race – a two mile swim from the Hermosa Pier to Manhattan Beach Pier. Greg would always place in the top tier of his age group – and sometimes beat his kids. The Pier-to-Pier swim was a family tradition.

Greg lived life to the fullest, embracing every challenge and turning obstacles into opportunities. He didn’t just see the glass as “half-full,” for him it was overflowing with possibilities. He could always find the silver lining in any situation and would always push those around him to achieve their absolute highest potential. He was well known for his sage advice, quick wit, and thoughtful conversation. He loved to travel, was constantly learning, and loved a good martini. But most of all he loved spending time with his friends and family. He will be deeply missed by all who knew and loved him.

He is survived by his devoted wife Cathy, three children- Gregory (Melissa), Robert (Tracy), and Victoria (Brett). He was blessed to have 8 grandchildren: Katherine, Gregory, Charlie, Claire, Sally, Theodore, Elliott, and Everett. He will be missed by his siblings Robert (Margaret), Deborah Ibbott (Anthony) and their families.

In lieu of flowers, the family requests donations be made to The Foundation for Oral-facial Rehabilitation https://www.ffofr.org/donate/ Greg became involved with this organization following his treatment for oral cancer 20 years ago. He became a member of the Board of Directors and appeared in a short video, Second Chances, which appears on their website.