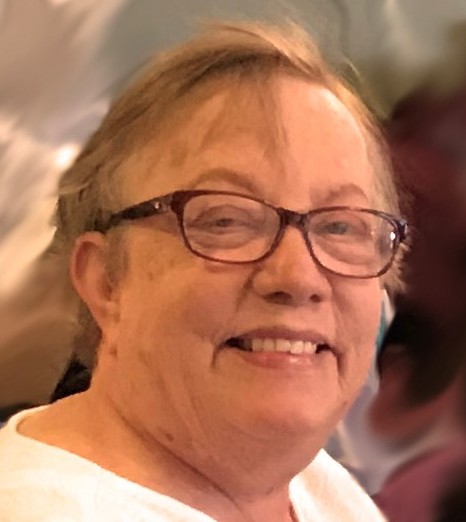 Parrish, Grace (nee Braunger) Grace Eileen Parrish, 74, long time resident of Hawthorne, CA, passed away on Thursday, January 3, 2019, at her son’s home and in the company of her two children, Mike and Michele. Grace is survived by her two children, Mike (Hatha) of Hawthorne, CA, and Michele (Henry) of St. George, UT; 11 grandchildren: Andy, Veronica, Kira, Daniel, Kayla, Mary, Jordan, Jonathan, Gabriel, Gracie, and Luke; and has joined her beloved spouse of 40 years, Phil, who passed away in December 2010. A native of Sioux City, Iowa, Grace was the fourth of twelve children: Jesse, Charles, Martzie, Jeanie, Annie, Joe, Peggy, Steve, Kathy, Larry, and David who remember her infectious laugh and wry sense of humor. Shortly after high school, Grace moved to CA and became roommates with Joyce and Alice who would become lifelong friends. Grace worked as an administrative assistant at Hughes and then The Aerospace Company until she retired in 2010; and earned a bachelors in Computer Information Systems in 1989. Grace’s life was grounded in a deep commitment to the Catholic faith highlighted by her devotion to the Divine Mercy, the Rosary, the Souls in Purgatory, and the Pro-Life movement. Her husband and family credit her prayers and spirituality to his conversion to the Catholic faith early in their marriage. This past summer she embarked on a cruise in Russia with best friend Joyce; a trip Grace described as “the best trip she’d ever taken” and one that helped her to see a different side of a country and people with whom she had only previously understood through her personal experience of growing up in the “cold war era”. Grace was blessed to be visited over the past several months by all of her living sisters, her two best friends (even sharing a beer with them after asking them to “make a toast” with her), and all of her grandchildren. A celebration of Grace’s life will be held on Saturday, January 12, 2019 at St. Anthony Catholic Church - 215 Lomita St., El Segundo, CA 90245. A brief viewing period will occur between 9:15am and 10am; Parish rosary will be at 10am; Mass of Christian Burial will be at 11 a.m. Interment will occur at a future date at Holy Cross Cemetery, 5835 W. Slauson Ave., Culver City, CA 90230. In lieu of flowers, memorial contributions may be left in Grace's memory to "Priests For Life" P.O. Box 141172 Staten Island, NY 10314.