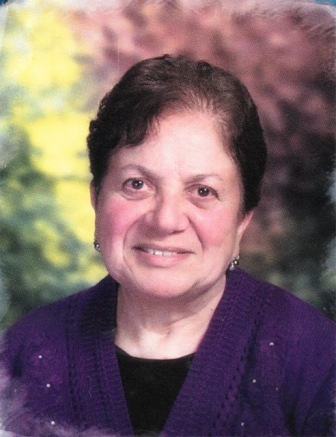 Gloria Martinez, a longtime resident of Torrance, CA died on Saturday February 20, 2016, she was 75 years old. A native of El Salvador, Gloria was born on November 17, 1940 the daughter of Trinidad Martinez Figueroa and Isabel Rivera Pineda. Gloria attended the University of El Salvador and El Camino College. Gloria moved to the US coming to live in Hawthorne in 1981 with her two daughters. A dedicated schoolteacher Gloria dedicated her life to her profession retiring in 2006 after 45 years of service in the field of education. Among her hobbies were traveling, gardening and writing poetry. Besides enjoying trips to visit her family in Belize and El Salvador she also traveled extensively throughout Europe and the US. Between 1969 and 1974 she lived in Belgium and in Spain, she loved living in Madrid best of all. Gloria loved nothing more than spending time with her family. She also enjoyed long afternoons gardening in the company of her cat. Gloria was preceded in death by her parents and by her sister Maria Isabel Argueta. She is survived by her sister Rosa Angelica Martinez of San Salvador, El Salvador, her sister Marta Ayala of San Pedro, CA, daughter Ana Gloria Lausen of Belize, daughter Vilma Stella Rivera of Carson, CA, her grandchildren Ana Espinoza of Long Beach, CA and Diego Espinoza of Carson, CA, her grandchildren Alexandra and Nicholas Lausen of Belize, and her great-grandson Leo Alvarez of Long Beach, CA. The viewing and rosary recitation will be held at McCormick Mortuary on February 28th from 4-8 p.m. Funeral Mass will be on February 29th at St. Margaret Mary Alacoque Catholic Church at 11:00 a.m.followed by interment at Inglewood Park Cemetery. A reception gathering for family and friends will be held at McCormick Mortuary from 2-4 p.m.