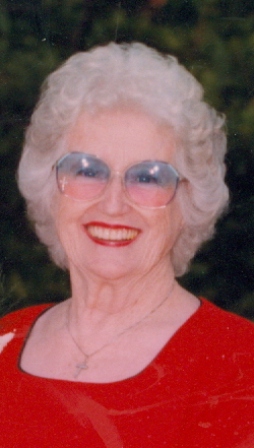 Pratt, Kansas was the birthplace of our beloved Gloria. Being born the oldest of four siblings, Gloria's family moved to Wichita where she grew up and finished school including two years of Business College. She met her first husband Bob in junior high school and after graduating high school he went into the Army. When he returned from the service, they were married and by the end of the first year together they had a son, Robert. However, things did not work out and the marriage ended in divorce. While living with her parents and raising her son Robert who was then 5 years old she met the love of her life Bert Richardson. After a few years of courtship, Gloria following her parents to California Bert couldn't live without his Gloria he asked her to marry in 1951. In 1952 they were blessed with a darling curly dark-haired little girl they named Amy Marie. Looking for work they landed in Hawthorne, California where they eventually moved to Torrance, California and spent the next 40 years raising their family and finding their hope and trust in God at South Bay Church of God which became the center of their lives in Christ. Throughout Gloria's life she worked many years starting as an Office Manager at a machine shop and later a drug company while in Wichita. Later, after they moved to California, she was working again as Office Manager for the Santa Paula Chronicle where she met Richard Nixon who was then a Congressman. He came to the newspaper office several times and would sit and talk with Gloria at her desk while he waited to speak with the Editor. After moving to Torrance she worked for Northrop and the at age 57, Gloria retired from all her various office jobs. However, there were two jobs she always wanted to experience. She always had a desire to be a waitress, and believe it or not, her biggest desire was to be a mortician. She did work as a waitress for a few years on the graveyard shift. Gloria then got the opportunity to work at a mortuary saying it was the most interesting job she ever had. Two short little items about her, she was kissed on the cheek by a survivor of the holocaust and she met a cute little old lady who was a survivor of the Titanic. Gloria enjoyed creative art work and put it to use in creating fun toys for her first grandchild Wendy when she was a baby. She was an avid reader and was able to use her knowledge when she was asked to teach an adult Sunday School Class at church. This became one of her true loves in life to share Jesus with others. Another interesting thing about Gloria was that she didn't learn to drive until she was 50 years old. She kept it a secret from the family except from her son-in-law Ted who helped her get to the lessons. It was even a secret from her husband Bert who loved surprises. Gloria is survived by her daughter, Amy Flaskerud of Indianapolis, IN; son, Robert (Shairl) Wallace of Wilmington, CA; brother, Chester E. Davison of Napa, CA; and several nieces and nephews, four grandchildren, Wendy (Roy) Wright of Arlington, VA; Joy Wallace of Playa del Rey, CA, Sara Flaskerud of Indianapolis, IN; Erik Flaskerud of Indianapolis, IN and Great Grandchildren, Reagan and Lydia Wright of Arlington, VA and Julia Flaskerud of Indianapolis, IN. Preceded in death by husband, Bert Richardson, mother, Fay Davison and Chet Davison, father, brother, Sam Davison, sister LaDonna Bass, son-in-law, Ted Flaskerud and granddaughter, Tamara Wallace.