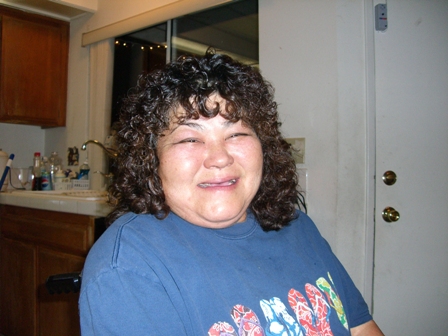 Glenice Sachiye Sandi, a 5 year resident of the South Bay, passed away on Tuesday, May 14, 2013 in Harbor City, CA. Born in Honolulu, Hawaii on December 4, 1946, Glenice was 66 when she died. Glenice attended McKinley High School in Honolulu, Hawaii and the University of Hawaii, in which she earned her Bachelors of Science Degree in teaching. Glenice worked as a teacher for a brief period in Hawaii before moving to California. She also worked as an accountant for various companies in the Orange County area, but what she mastered was her career as a "Domestic Engineer" in which she did for most of her years. Glenice was very meticulous in anything she did. She was a fantastic cook, crochets, sews and played the piano. She was Dallas Cowboy and Laker fan. She once managed a house building project in which she and her husband built. Glenice is survived by her husband, James Sandi of Gardena, CA; Sons, Cory Cornell and Yoneda Granddaughters, Candra, Cayla and Iana Yoneda; Grandsons; Gustavo and Emanuel Maldonado; Great Grandchildren, Janeya, Leeland, Makayla and Jayden; Brothers, Colburn Sui and Clayton Sui and Sister, Val McCormack. She was preceded in death by her Mother, Edna Tsurumi Hokama and her Father, James Miyamoto and a step brother Leroy Siu.