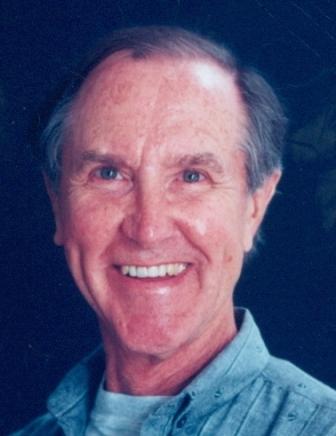 Glen Banken was born on October 27, 1931 in Los Angeles California and lived for 37 years in Palos Verdes Estates with his wife of 55 years Sheila and his three children Steve, Nancy and Anne. He attended St. Michael's Grammar School in Los Angeles where he met Sheila in first grade; he went on to Washington High School and El Camino College. He and his brother Ronald assumed ownership of Banken Meat Company in 1960 until his retirement in 1991. Glen enjoyed playing tennis at Peninsula Racquet Club and at Palos Verdes Tennis Club with his good friends. In his spare time he loved to volunteer at gardening at the Tennis Club and at Malaga Cove School where he helped establish the Cactus and Succulent Garden with John Phillips. Travel adventures began with Glen and Sheila's marriage in 1957 followed by a honeymoon driving to Florida in a Volkswagen "bug" and getting caught in Hurricane Audrey in Texas. In 1959, the year Alaska became a state, they drove to Alaska with Glen hoping to go hunting and to homestead a tract of land; nine weeks of lonely camping was not Sheila's idea of a good time! By 1962 the family began to grow with the arrival of Steve, Nancy in 1963 and Anne in 1968; Glen's adventures were temporarily put on hold except for Club Med and trips to Ireland. Then, in 1989 on a trip to China they were caught up in the frenzy of Tiananmen Square in Beijing, only getting out due to Glen's tenacity bullying us on board China Air for a flight to Hong Kong. Glen loved excursions to the Huntington Gardens and the Bowers Museum with friends. He was proud to be a Regent at Mount St. Mary's College and to share in their activities especially those taking place on the historic Doheny campus. Mass celebrating Glen's life will take place on November 28 at 10:30 at St. Lawrence Martyr Catholic Church in Redondo Beach with Bishop Robin Leamy as Celebrant. A reception will follow at Palos Verdes Golf and Country Club. In lieu of flowers donations will be appreciated if sent to your local Hospice.