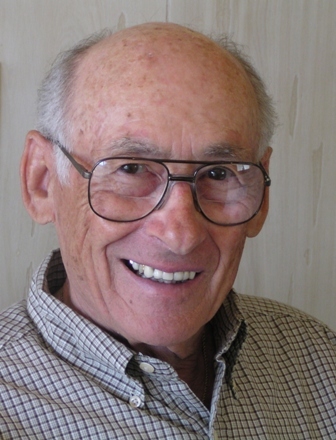 Gino "Papa Hat" Aveni (89) was born in Cleveland, Ohio on September 30, 1924, the second son to parents Giuseppe and Rosa Aveni, and passed away following a short illness on July 11, 2014. He was raised in New York City during the great depression where he played stickball outside Yankee stadium and became a lifelong fan. As a young man of 19, he enlisted in the US Army and served in the European theatre (Rhineland, Central Europe and Ardennes) as an Anti-Aircraft Artillery mechanic at the Battle of the Bulge. Upon his return home, he attended college on the GI Bill, getting his degree in electrical engineering, and in the late 40's or very early 50's, moved with his family to California where he remained for the rest of his life. On a trip to Yosemite, he met his future bride, Frances, and together they raised 3 children, Gino, Michael, and Donna. From the beginning of his time in California, he worked as an engineer at Hughes Aircraft and eventually retired from there after 40 years. Shortly thereafter, in a span of 4 years, he lost his wife, mother, and his daughter. Later, he was fortunate to meet a wonderful woman, Jean, who would fill that void, and together, they would share a wonderful relationship for the rest of his life. He was able to travel extensively during his life and enjoyed cycling at the beach and golfing locally in the South Bay and occasionally in Northern California with his youngest son. He is survived by both of his sons, his daughter-in-law Mary, 2 beautiful granddaughters, Gianna and Gabriella, and 3 bright and talented nephews, Glenn, Kevin, and Brian. He also leaves behind his best friend and best man Reggie, a neighborhood of special friends, a few of which, like him, are original owners (over 60 years) and many who have lived on the block for 30+ years, and a number of golfing buddies from Alondra and Sea-Aire. He never said it in public, but he cherished you all. Bye bye Papa.